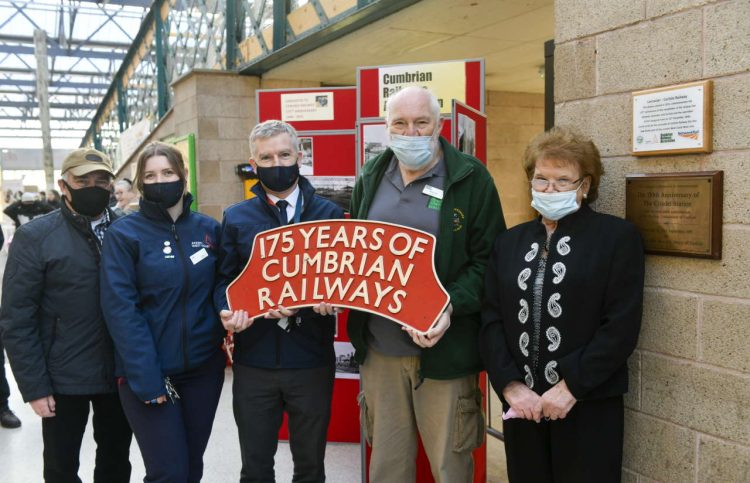 To celebrate the Lancaster and Carlisle Railway opening in 1846, Avanti West Coast has worked alongside local communities based around their Cumbrian stations.

The celebrations saw partnerships formed with Cumbrian Railways Association (CRA), Community Rail Cumbria, and industry partners, with Avanti West Coast hosting events at both Carlisle and Penrith stations to observe the 175th anniversary of the line between Lancaster and Carlisle.

Penrith station saw local schoolchildren make birthday cards and representatives of the community told stories of their memories of the railway line.

The Lancaster and Carlisle railway is better known today as the West Coast Main Line, providing a connection from London and Glasgow and originally opened on the 15th of December 1846 with an inaugural train from Lancaster arriving at Carlisle. Following the inaugural run, a timetabled passenger service began two days later allowing the people of Lancaster and Cumbria the ability to travel to and from the south of the country by rail.

The railway line is 69 miles in length and crosses Shap summit which is the highest point of the West Coast Main Line, the stations and viaducts associated with the line took 30 months to build.

Mark Green, Avanti West Coast Station Manager at Penrith, said: “We’re proud to be playing our part to celebrate 175 years of the Lancaster and Carlisle railway. As gateways to the North Lakes and City of the Lakes, Penrith and Carlisle stations are key destinations on our route, where our iconic Pendolino trains provide a clean, green journey option.

“Working with industry partners, past rail workers and the community has highlighted how the railway makes a lasting impression on everyone, and the important role train travel has played and continues to play today in connecting people and places.”

Cumbrian Railways Association Chairman, Philip Tuer, said: “The CRA and other partners believe that this milestone of railway construction should be properly recognised and celebrated as a key event for Cumbria, Penrith, Carlisle and the railway network as a whole.” 34067 Tangmere will be back in steam on the mainline and will be in Tebay, Carlisle and Blackburn...