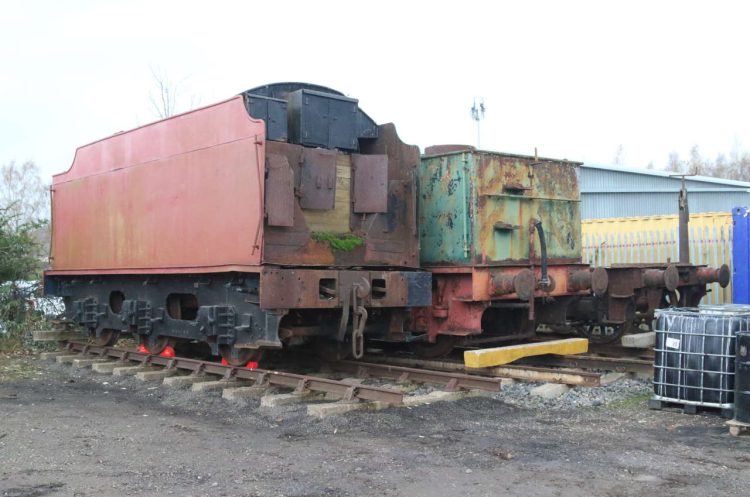 The B17 Steam Locomotive Trust, who is constructing LNER B17 No. 61673 Spirit of Sandringham, has sent an update on work at CTL Seal in Sheffield.

An order for the manufacturing of the six 6’8″ driving wheels has been placed with William Cook Cast Products Ltd.

The wheel pattern is currently being prepared in the Pattern Shop at William Cook, with each wheel being subjected to NDT Testing using both X-Ray and Ultrasound Tests to provide assurance of the product.

This new order follows on from recent castings of the Couple Axlebox and the two Cannon Box, both done by William Cook Cast Products in Sheffield.

We also recently reported that the tender from 61662 Manchester United had moved from Worksop to Sheffield. You can read about that news by clicking here, but in short…

However, last year they decided to abandon the project and dismantle the life-size model that they had created. Behind the model was a real LNER Tender, used by the B17s when built. The Group decided to donate the tender to the B17SLT, and it was transported from Worksop to Sheffield on the 31st November and 1st December.

Now at Sheffield, the LNER Tender from 61662 is now stored with the other two tenders owned by the B17 Steam Locomotive Trust. The Trust is working on Grant Applications to allow the existing tenders to be stripped, identify what can be re-used and to hopefully start to build a refurbished tender. This work is set to be completed by apprentices under supervision and will form an important part of the training programme.

The intention is that the mainline tender that is refurbished will have an increased water capacity by redesigning the tank.

If you would like to donate towards seeing a B17 on the mainline, please visit the B17 Steam Locomotive Trust Website. The B17 Steam Locomotive Trust have published their Early February 2021 update on new build London and North...