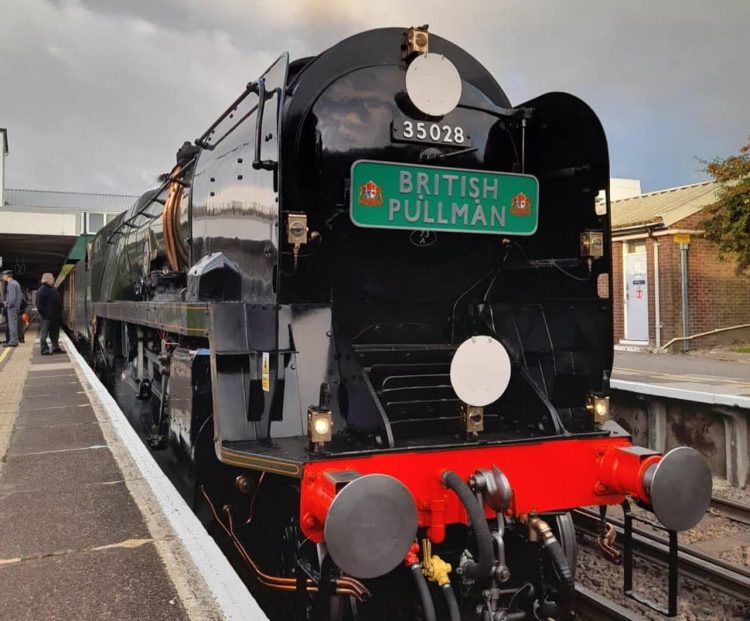 As part of Rail Aid Week, the tour was originally meant to be double headed by SR Merchant Navy No. 35028 Clan Line and LNER A1 No. 60163 Tornado.

However, last week, Tornado was removed from the mainline with tender wheel flats.

Instead, Clan Line hauled the tour on her own, with a Belmond Class 67 locomotive tucked in behind to assist with the leaf fall season.

In total, £228,000 was raised from the tour, which ran from London Victoria to Dover and return.

A spokesperson for Rail Aid said “Yesterday’s Rail Aid 2021 British Pullman trip was a great success and raised an astounding £228,000!

Thank you so much to our sponsors Porterbrook, Belmond, DB Cargo UK, Network Rail, Clan Line, our ambassadors and everyone who joined us! Your support is changing lives.”