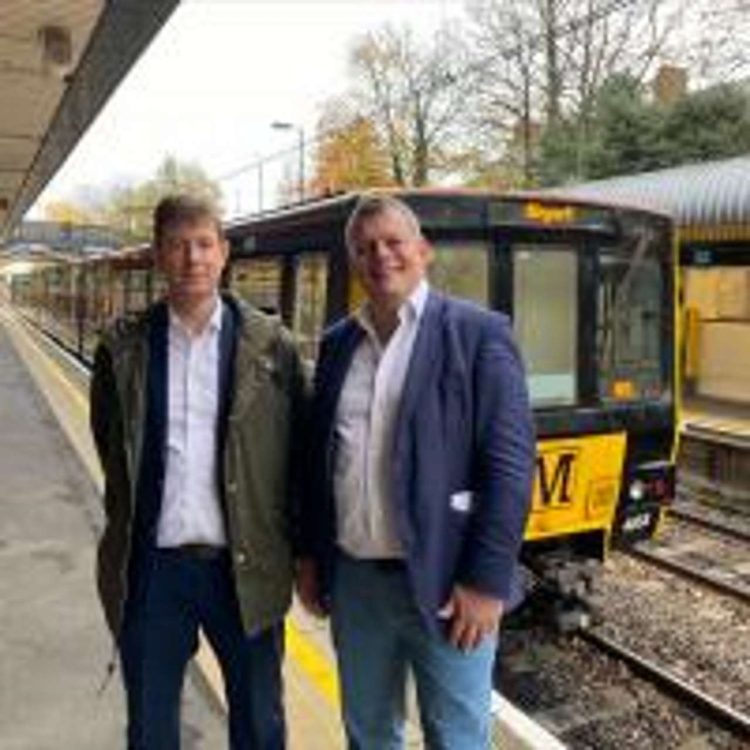 Martin Tugwell, Chief Executive of Transport for the North (TfN), recently met regional transport leaders from the North East Joint Transport Committee (JTC) for the first time since his appointment in August.

TfN is England’s first Sub-national Transport Body for the North East and was formed in 2018 to make the case for strategic transport improvements across the north of England.

On 16 November, he visited several key parts of the north-east’s transport network. Included were visits to Newcastle Central station, which is a key rail gateway to the region, and Tyne and Wear Metro’s Control Room in South Gosforth, where he received an update on the new Metro fleet due to come into operation in 2023.

He also heard about Metro Flow, which is a dual-track project that will improve reliability and deliver capacity for an extra 24,000 passengers a day. Following those visits, Mr Tugwell joined a meeting of the JTC.

During his visit, Mr Tugwell also saw the new Tyne Pass project in operation at the Tyne Tunnels, which is a new barrierless open-road tolling scheme that came into effect earlier this month. Other sites he visited included a new Electric Vehicle (EV) charging infrastructure at the Angel of the North, and the Leamside Line, a disused railway line that the North East is leading a campaign to reopen ahead of Northern Powerhouse Rail (NPR) and High Speed 2 (HS2).

TfN brings the North’s Local Transport Authorities and business leaders together so that the region can speak with one voice on the transport infrastructure investment needed to drive transformational growth and rebalance the UK economy. Its vision is for a thriving North of England, where world-class transport supports sustainable economic growth, excellent quality of life and improved opportunities for all.

TfN works with Network Rail, Highways England, and HS2 Ltd, and is a statutory partner to the Department for Transport, which means that Government will formally consider its recommendations when important transport decisions about the North are being taken.

At TfN’s Annual Conference in September, a Northern Transport Charter (NTC) was launched that sets out a road map towards further long-term devolution of transport-related powers to the North. These proposals have four key ambitions:

The NTC sets out how people living and working in the North of England, as represented by the business and political leaders on the TfN Board, are best-placed to know what is in the long-term interests of the region. At its heart, the charter sets out evidence-based arguments for devolution to the regional level of long-term strategic transport investment funding and decision-making powers. It is not primarily an argument for increased investment but makes the case for empowering the North’s leaders to exercise strategic leadership and ensure investment reflects the North’s agreed priorities.

Martin Tugwell, Chief Executive of Transport for the North, said: “Levelling up is about doing things differently in order to realise the economic potential of the North: it is also about making a step-change in terms of investment in our transport system.

“Our Northern Transport Charter sets out our offer to Government that by working together, we can provide the leadership that will enable us to unlock the North’s economic potential.

“With further devolution and control over investment and policy decisions, we can work to close the North-South divide and make real the levelling up agenda in a green accessible and sustainable way: with it we can build a truly new north of England to the benefit of our existing communities and for the generations to come.”

“Our region works closely with Transport for the North, ensuring the Government fully understands the transport ambitions of the North East, working together to outline funding and commitments required to achieve our strategic transport goals. Martin got to see first-hand some of the key transport projects our region is delivering as we work to achieve our vision of moving to a green, healthy, dynamic and thriving northeast.”

Jamie Driscoll, the North of Tyne Mayor, said: “To truly understand something you need to see it with your own eyes. And when it comes to understanding the connectivity between Northern cities, there’s no substitute for travelling. Since Martin’s first day he has been keen to journey across the whole of the North.

“Good transport means reliable journeys, less stress and healthier living. It’s key to achieving economic prosperity. We’re stronger when we work together and I value the close working relationship we have with Transport for the North.” Transport for the North (TfN) has confirmed a new partnership with Citymapper, helping passengers find the latest travel...

Manchester to Rose Hill trains brought back after local campaign