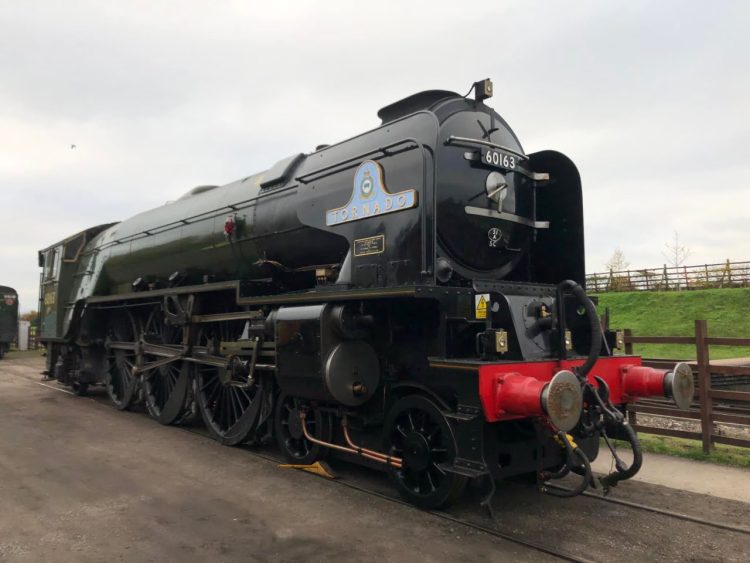 Yesterday, 23rd November 2021, New Build A1 No. 60163 Tornado arrived at the Great Central Railway in Loughborough.

The locomotive is at the heritage railway to be fitted with the ETCS signalling system as part of the East Coast Upgrade by Network Rail.

There will also be some running days on the Great Central Railway, but these are yet to be announced.

The move to the Great Central Railway has occurred early as the locomotive has been withdrawn from the mainline due to tender wheel flats being found after its recent Bristol to Chester railtour.

It is now on GCR Loughborough for the first time in ten years. Tornado was first run at the Great Central Railway for high-speed testing in 2008 before its mainline launch.

We will publish another update when running days for Tornado are announced.