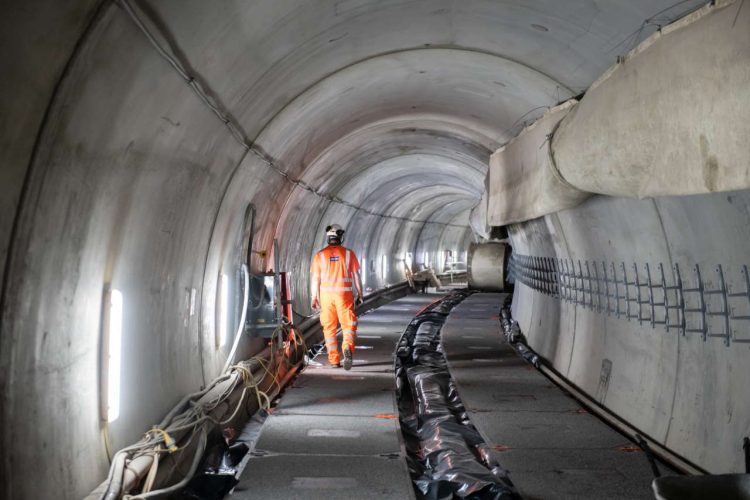 The Northern line’s Bank branch is to be closed between Kennington and Moorgate for 17 weeks from 15 January until mid-May 2022.

The design of the Northern line is such that Moorgate and Kennington are the only locations where trains can turn round at either side of the Bank project work, hence why the closure will be between those stations.

Work to be completed during the closure includes:

It will also allow London Underground staff to prepare to operate the new areas of the station safely.

During the closure, there will be a reduced service between Camden Town and Moorgate. However, an enhanced service will run during peak hours on the Northern line’s Charing Cross branch with a train at least every two minutes. A temporary new bus route, the 733 from Oval to the City (Finsbury Square), will also run every 7-8 minutes on weekdays.

Fortunately, the Waterloo & City line is returning to a full weekday service from 22 November and will provide extra options for passengers during the closure. However, TfL expects Waterloo, Embankment, Tottenham Court Road, and London Bridge to be very busy during the closure, so customers may wish to seek alternative options to complete their journeys.

Prior to the major closure in January, there will be a number of weekend closures between Moorgate and Kennington to enable contractors to carry out preparatory work.

While the Northern line is closed, work will be carried out at other stations, including London Bridge, Borough, and Elephant & Castle, so that future disruption can be minimised. This will include work on lifts and escalators, as well as refurbishment work at Borough and enabling works for the future Elephant & Castle Station upgrade.

Heidi Alexander, Deputy Mayor for Transport said: “This much-needed renovation of Bank station will significantly increase the capacity of the station and make it more pleasant to travel through, as well as future-proofing a key interchange station in the City. Once the upgrade is complete, passengers will benefit from step-free access to the Northern line, a new entrance, and easier routes around the station.

“There will be a number of alternative routes to help passengers complete their journeys during the closure of the Bank branch, including a new bus route, so people should make sure they check before they travel.”
Andy Lord, Managing Director of London Underground, said: “The Bank Station Capacity Upgrade is a crucial project to support the City’s continued growth and success.

“We are encouraging affected customers to check their journeys before they travel by using Journey Planner or the TfL Go app, and suggest they try to retime their journeys or take a different route by Tube, rail, bus, walking or cycling during this vital 17-week closure. I’d like to reassure everyone that we are doing everything possible to reduce the impact of this closure, with an increased service on the Charing Cross branch and a new bus route into the City. We will also use this closure to carry out maintenance and improvement work at other stations in order to minimise future disruption.”

Much of the work already completed for the project has been intricate and complicated. Above the new tunnels, there are 31 listed buildings at street level, and the foundations of other buildings also had to be tunnelled through. Teams of engineers worked in shifts around the clock to complete the work.. Despite the challenges presented by the pandemic, the project is on track to be delivered as planned in 2022 and within its £700m budget.

Clay excavated during the project has been recycled and used as part of a large housing project in the Thames Estuary.

Further information is available on the Transport For London website.