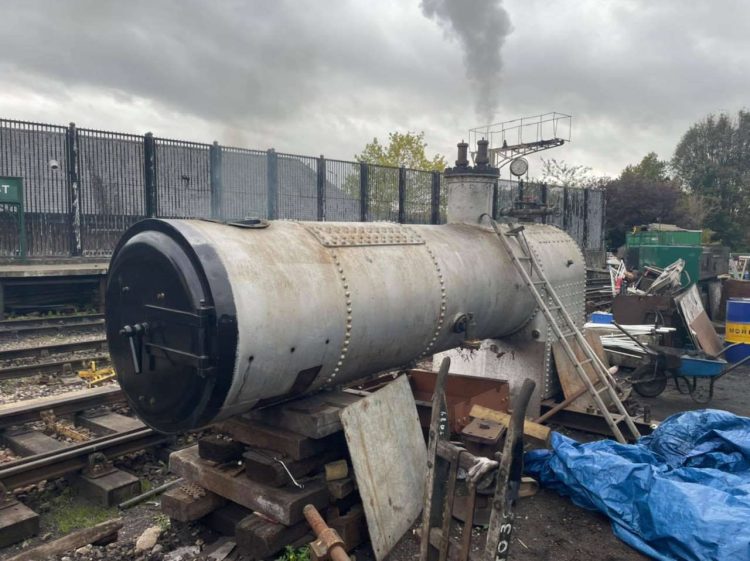 The Spa Valley Railway has announced that a major milestone of the overhaul of Andrew Barclay ‘Lady Ingrid’ has taken place.

A lot of work has taken place in the last 12 months and back in Mid-August, Lady Ingrid’s boiler successfully passed its hydraulic exam in the presence of the Spa Valley Railway‘s boiler inspector.

After this, the fire was lit and steam was raised for the first time in 10 years. A couple of minor issues were found and the boiler had to be cooled before work could be completed.

Fast forward a couple of months and in Mid-October, the boiler successfully reached its full working pressure and the safety valves were set and an internal test completed.

Last week, on Friday 5th November 2021, the boiler was steamed again in the presence of the boiler inspector. He confirmed that he was happy for the boiler to be reinstated into the chassis.

This is a major milestone in the overhaul of Lady Ingrid and plans are now progressing to organise for a crane to lift the boiler back into the locomotive’s frames as soon as possible.

If you would like to donate towards the Spa Valley Railway and their plans, please visit their fundraising page on their website for more information.