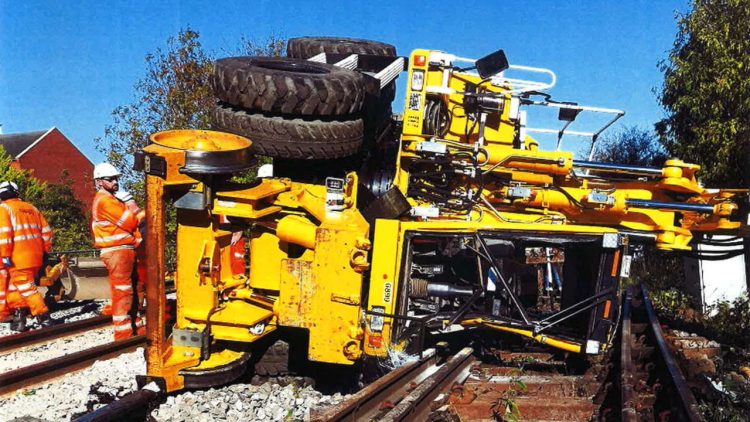 Amey Rail has been fined £600,000 for health and safety breaches during work at Market Harborough station.

Amey had been carrying out modifications to the track layout during the reconstruction of the station.

The Rail Regulator, the Office of Rail and Road (ORR), brought the prosecution under the Health and Safety at Work etc. Act 1974, for failure to ensure lifting operations involving lifting equipment were planned properly, supervised, and carried out in a safe manner. Amey Rail Limited pleaded guilty to the offence, and was sentenced at Leicester Magistrates’ Court to a fine of £600,000 and also ordered to pay the full costs of £15,119.49 and a victim surcharge of £170.

The prosecution followed an investigation by the ORR into an incident in the early hours of 21 October 2018, outside Market Harborough station on the Midland Main Line, when a road-rail excavator vehicle overturned. The vehicle’s operator had to be pulled from the cab. Fortunately, although several other rail workers were in the area of the overturning, no one was seriously injured.

On the night of the accident, because of a late change in the equipment being used for lifting, the replacement equipment had inadequate lifting capacity for the planned works. To compensate for the reduced lifting capacity, the length of the track to be lifted should have been reduced from 30 to 20 feet.

Although this was a critical change, it was not managed or communicated correctly. The track panels were cut to the original length of 30 feet, exceeding the capacity for the excavators to be used.

First steps towards electrification through Market Harborough with vegetation clearing

When lifting started, the excavators’ on-board safety systems showed that the weight being lifted was exceeding their maximum safe limit. However, these warnings were ignored and to enable the work to continue the safety systems were disabled.

A radio-based communication system between the operators and the lifting supervisor was also faulty and despite replacement equipment being available on-site, work continued with the inadequate communications equipment.

These failures resulted in one of the two excavators becoming overloaded beyond its capacity. When it was undertaking a tandem lift of a track panel, later established to be 39 feet long, it toppled onto its side and trapped a worker in the cab. Several members of the lifting team and others in the nearby vicinity managed to drag the operator clear of the cab by kicking through the toughened glass windscreen.

ORR’s HM Chief Inspector of Railways Ian Prosser CBE, said: “The risks of failing to comply with the lifting regulations are well known throughout the industry and clearly foreseeable. In this case basic errors were made and it is by sheer luck that no one was seriously hurt.

“None of these failures to follow well established procedures, nor the isolation of safety systems on the excavators, were identified despite the presence of two senior members of staff on site during the night to manage the work.

“This meant Amey failed to take measures in order to adequately manage the risks presented when tandem lifting loads of the size and weight of those undertaken on 21 October 2018.”