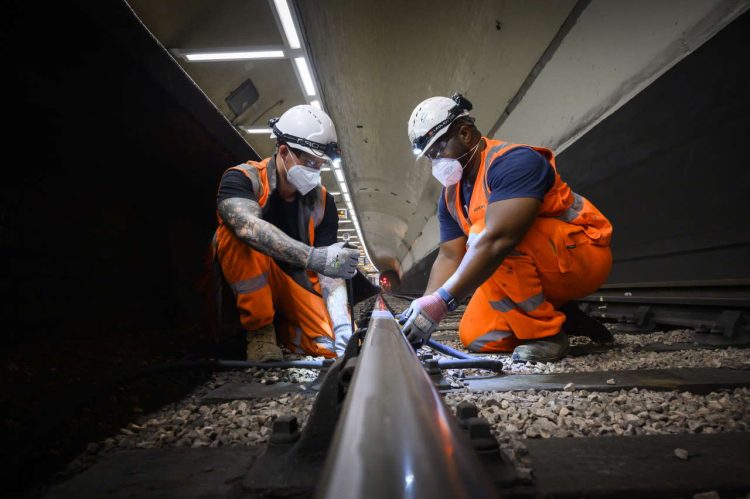 Network Rail and Great Northern are advising passengers travelling this weekend to check their journeys due to trains between Finsbury Park and Moorgate being diverted to London King’s Cross.

The continuing upgrade work going ahead this weekend (2nd and 3rd of October) including upgrades to the track and signalling system are part of the latest stage of the East Coast Digital Programme which will bring improvements in reliability and reduce delays for the Northern City Line.

Major headway has been made throughout the summer months to create the first mainline digital railway in the UK. Great Northern has already seen successful testing for one of its trains using the digital in-cab signalling system which has demonstrated that the system on-board works in a real operational setting.

The railway signalling system is similar to the traffic light system that is used on roads, and these essential systems keep trains a safe distance apart from each other. The system which is currently in place only allows signallers to communicate with trains at certain points and when unplanned disruption occurs, can lead to a domino effect across the network.

Providing trains with the most up to date in-cab technology and getting rid of the old lineside signals will mean signallers can communicate with trains continuously and means being able to respond in real-time and will provide an increase in reliability, a reduction in delays and will allow more trains to run in future. The new system will also improve safety for workers and will also mean they can spend less time on track repairing equipment and maintaining the railway.

Before passengers can fully benefit from the improved reliability provided by the East Coast Digital Programme on the Northern City Line, further essential improvements will need to be carried out to the track and signalling which can only be completed safely when the line between Finsbury Park and Moorgate is closed. The Northern City Line is expected to be fully digitally signalled by 2023.

For the work to go ahead in a safe working environment, changes to services will be put in place for the weekends of:

Further work is also planned over the Christmas period.

Passengers can find out more about how their journeys could be affected this weekend via Great Northern on National Rail Enquiries.

Toufic Machnouk, Network Rail’s Director, Industry Partnership Digital, said: “We’ve made significant progress on upgrading the signalling over the summer and this weekend our teams are continuing to deliver the East Coast Digital Programme. This work will bring more reliable journeys for passengers by next Summer and reduce delays.

“We want to thank passengers for their continued patience whilst this vital work takes place. Trains are being diverted to keep people moving and we advise passengers to check their journey and allow extra time.”

Jenny Saunders, Customer Services Director for Thameslink and Great Northern, said: “Network Rail have worked hard with us to make sure our customers can get where they need to be during this work. Trains that normally run in and out of Moorgate will run to and from King’s Cross instead, with some times changed. Tickets to Moorgate can be used on the Tube or 271 bus. Please check before you travel and be aware there may be short-notice changes due to the ongoing impact of Covid-19.”

ScotRail is restoring one of Aberdeen’s historic landmarks as part of an £8million redevelopment of the city’s railway...

Giant Tunnelling Machine launched in the Midlands by HS2