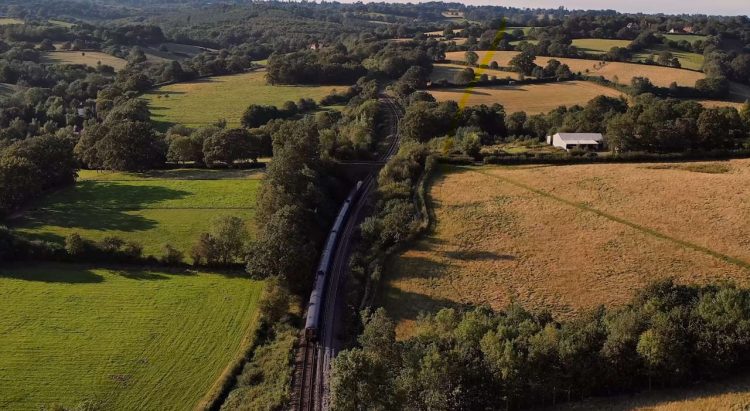 The railway line between Tunbridge Wells and Hastings will close from Saturday 23 to Friday 29 October 2021 for major engineering work by Network Rail.

During that period, no trains will run between those stations. By doing the work over seven consecutive days, the overall disruption to passengers will be significantly reduced. For those wishing to travel, rail-replacement bus services will be provided.

The works are necessary as the steep-sided entrances to the Victorian-built Wadhurst tunnel are being increasingly affected by heavy rainfall and subsidence.

The work will emulate the recently completed project at Bearsted in Kent, where soil nails were driven into the cutting face at both ends of the tunnel to prevent further erosion. In the past decade, engineers have visited Wadhurst tunnel on many occasions, both to secure the railway and to complete temporary repairs to weather-related movements.

At Etchingham, they will take advantage of the line’s closure to upgrade the station’s footbridge. Diseased and non-native trees will also be removed to open up the woodland and improve the environment for pollinators.

During the blockade, engineers will also be working on Nevill Golf Club embankment, whilst Network Rail will be carrying out maintenance work at those stations that are closed.

Fiona Taylor, Network Rail’s Route Director for Kent, said “Passengers have two weeks to prepare for the closure of the line from Tunbridge Wells to Hastings. The steep cuttings along the line have suffered from a number of landslips in recent years, causing significant disruption to passengers on this key route between the coast and central London and we are nearing the end of our works to stabilise them.

“We’ll be tackling a number of other jobs such as improving biodiversity and carrying out station improvement works which will make the most of the line closure and minimise disruption for passengers.”

“We’d ask that our passengers wishing to travel on these dates allow considerably more time for their journeys which will involve accessible rail replacement buses and coaches.

“We’re working to ensure people have as many alternative options as possible during the closures.”