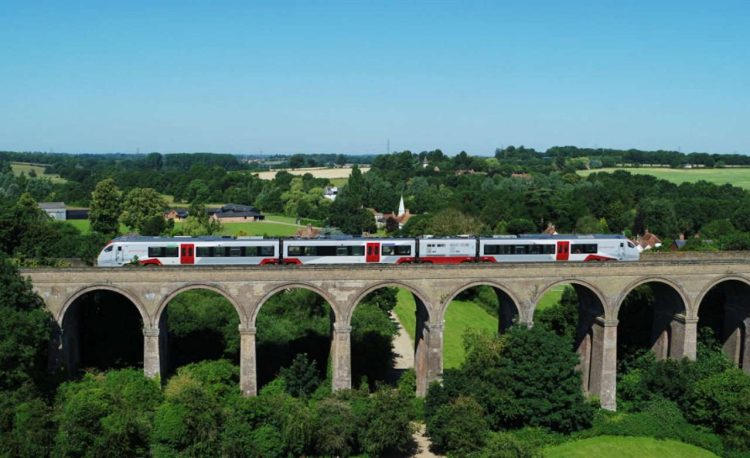 Greater Anglia has gone even greener as a new report has revealed that the rail operator has reduced its carbon emissions for the second year running.

The rail operator organised for environmental consultancy WSP to appraise their impact on the environment for the financial year 2020/21.

The report revealed positive findings for Greater Anglia with reductions in overall CO2 emissions by 11% for both Scope 1 (direct emissions from owned and controlled sources) and Scope 2 (indirect emissions from the generation of purchased electricity, steam, heating and cooling used by the company). This is the second year of reductions reported and with the 2019/20 findings taken into consideration and means an overall reduction of 21% over a 2 year period.

The findings for the 2020/21 period mean that around 11,512 equivalent tonnes of carbon dioxide have been stopped from entering the atmosphere. The equivalent tonnes of carbon dioxide could be compared to the emissions created by 1,386 houses annual electricity usage. To remove this much CO2 from the atmosphere would require 190,000 tree seedlings to grow for more than 10 years.

The reduction in emissions is partly due to the ongoing ‘greening’ by the National Grid who now use more renewable sources to produce electricity which Greater Anglia use to power its electric trains, depots and stations.

The figures also demonstrate that fewer trains were in use through the pandemic and therefore less electricity was used.

Greater Anglia’s Environment & Energy Manager, Stephanie Evans, said, “The programme to decarbonise the National Grid by using renewable energy sources has helped us to achieve this reduction in our emissions we’ve seen again this year.

“Overall, carbon emissions caused by running the trains accounts for around 93% of our total emissions, so small improvements in fleet energy efficiency or a move towards energy-efficient driving can also really help us to reduce our overall emissions.

“Our new trains are designed to be more efficient and are built to higher emissions standards compared to our old ones which will help to make rail travel in East Anglia an even more environmentally friendly option.

“Understanding our environmental performance and impact will help us to become even more sustainable and help us to plan where we need to get to in the future as the industry works towards net zero.”

Greater Anglia has joined the rest of the rail industry in the ‘We Mean Green’ campaign which aims to raise awareness of the green benefits of train travel. Here are some of the facts the campaign highlights:

• A single train removes up to 500 cars off our roads

• Every freight train removes on average 76 lorries from our roads