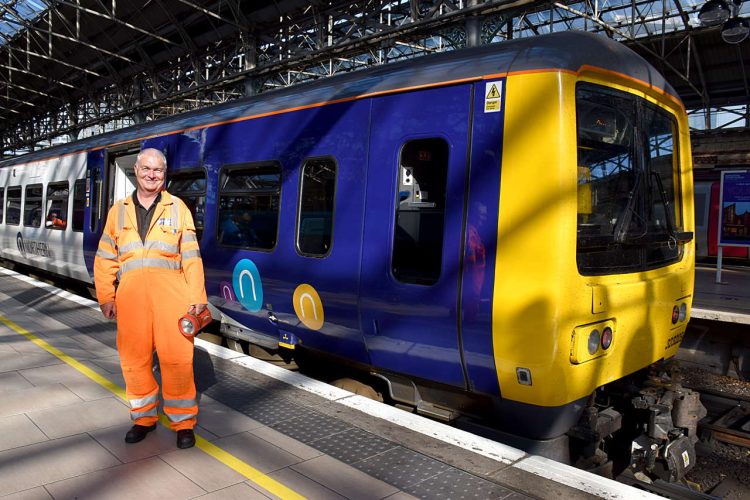 He joined British Rail in 1971 as an apprentice at Longsight electric depot, near to his Wythenshawe home.

He then transferred to Newton Heath depot, working there for 25 years; an apprentice his starting pay was just £10.20 a week.

Craig now works as an outstation fitter based at Manchester Piccadilly. He can be called out to fix anything on Northern’s trains, ranging from engines, gearboxes, and doors, to customer information screens. His job is always interesting and is why he has worked on the railway for so long.

As Craig said, “It’s so hands on, that it keeps me active. Every day is different and there’s always a new problem to solve. Technology on the railway is moving very fast and it’s a challenge to keep up, especially as Northern has more classes of units than any other train operator.”

A new fleet of diesel Class 195 and electric Class 331 trains that Northern has recently introduced exemplifies this. They are fitted with Wi-Fi, air-conditioning, at-seat power, and customer information/media screens with real-time information.

His colleagues are also one reason why he has continued to work for Northern, saying “I have a good working relationship with everyone – drivers, guards, platform staff and maintenance control, as well as the rest of the outstation team.”

“I’ve never wanted to go into management as I like to be hands on, but I think this is why I was encouraged to be a council union representative as well as a safety representative.”