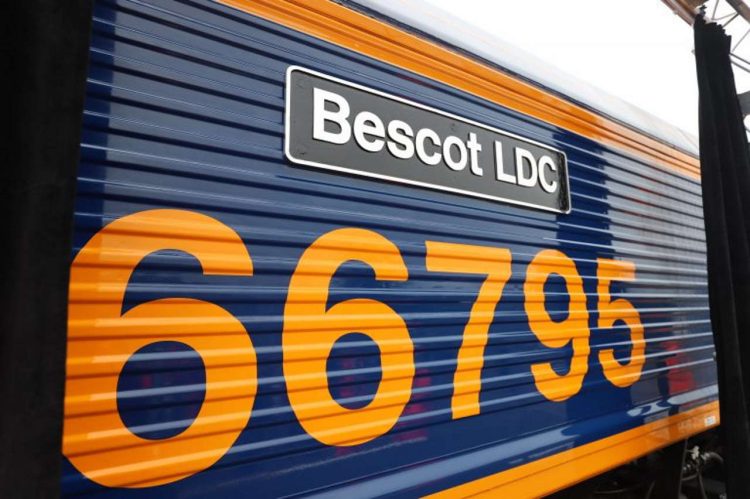 GB Railfreight, along with Network Rail, has announced that they have named a Class 66 locomotive to celebrate the completion of the major upgrade of Bescot Local Distribution Centre.

Class 66 No. 66795 has been named ‘Bescot LDC’ and was unveiled at the West Midlands-based facility this week.

Back in July, GBRf announced the completion of major upgrade work, which was funded by Network Rail and is worth over £1.5m.

GBRf worked to repair and renew unsafe track at the site, including the removal of abandoned buildings, lighting work, installation of crash barriers, new walking routes and the reinstatement of a derelict siding.

John Smith, CEO of GB Railfreight, said “Today’s naming cements our strong partnership with Network Rail to modernise this important facility. As rail activity grows across the West Midlands, Bescot LDC will play a crucial role in maintaining and renewing the area’s infrastructure.

“I’d like to thank the GBRf Project team who have completed an outstanding job.”