Driver shaken as Blackpool-bound train hit by object at 90mph 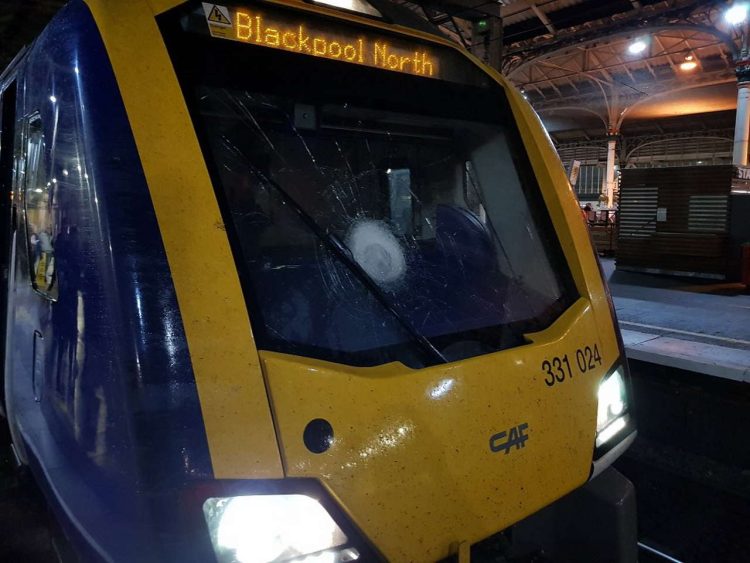 The British Transport Police have released an image of a Blackpool-bound Northern service after it was hit by an object in Lancashire.

The Class 331, No. 331024, was operating the 2042 Manchester Airport to Blackpool North service when it was hit as it travelled through Leyland station at 90mph.

The object was thrown out of the darkness around 21:45, and caused a loud bang in the cab of the train, and as the picture shows, caused a considerable amount of damage to the train’s windscreen.

Whilst obviously very shaken by this incident, no injuries were sustained by the driver or any passengers.

Trains were left delayed by the incident on the West Coast Main Line, and the Blackpool-bound service was cancelled at Preston.

A spokesperson for the British Transport Police said “This train was passing through Leyland Station at 90mph at 2145 hrs. In the darkness an object was thrown, the driver heard a loud bang, and this is the damage to the train. The driver was very shaken, but fortunately not injured.”

We have approached Northern for a comment on this incident.