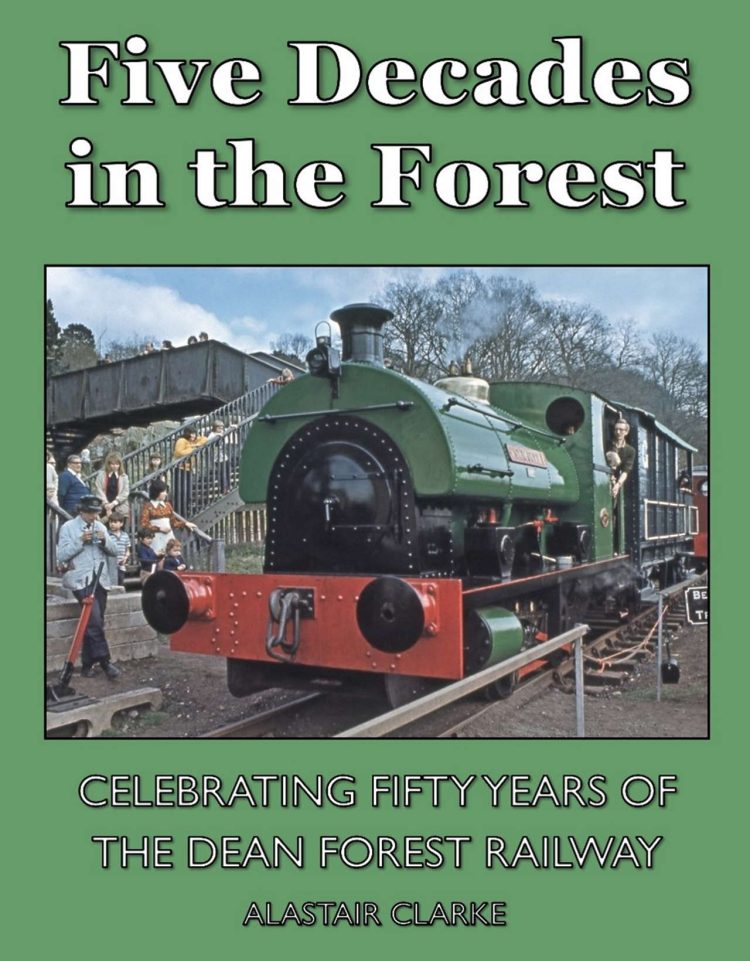 In 2020, the Dean Forest Railway Society (DFRS) planned to celebrate the 50th anniversary of its formation as a preservation society.

However, the pandemic prevented that. Instead, the DFR will now belatedly celebrate the 50th anniversary of its first public trains being operated when, on October 23rd 1971, rides in a brake van took place on 200 yards of track at Parkend. These will be re-enacted on Saturday 23rd and Sunday 24th October, during the railway’s 50th Anniversary Gala.

On both days an intensive timetable will operate with both steam and diesel locomotives. Steam locomotives will be GWR ‘small prairie’ 5541 and 0-6-0 Austerity Swiftsure, whilst 0-4-0 Peckett saddle tank Rocket will visit Parkend from the Telford Steam Railway.

Rocket will provide brake van rides as a tribute to the journeys behind Uskmouth No. 1 exactly 50 years previously.

On the diesel side, a DMU and Class 14 D9521 will work the trains. At Parkend a display of museum artefacts will be on display and a 50th Anniversary plaque will be unveiled to celebrate the railway’s Parkend birthplace.

At Norchard, which is the railway’s main centre, ‘Driver for a Fiver’ will be on offer as an attraction. Access to the shed will be available to view progress in restoring Uskmouth, as well as pannier tanks 9681 and 9682, Hunslet 0-4-0 shunter D6688 Salty, Hunslet 0-6-0 saddle tank Gunby, and Mk.1 TSO coach 4862.

A members’ social evening will be held at Norchard from 5.00pm on Saturday 23rd October as part of the gala. Long service badges will be presented followed by supper, a bar serving local beer and cider, and the official launch of the anniversary book Five Decades in the Forest by the chairman of the DFRS, Dr. Alastair Clarke.

Dr. Clarke, says, “I enjoyed (if that’s the right word) an extra year to write ‘Five Decades in the Forest’. It is intended as the definitive pictorial history of the Dean Forest Railway, from our society’s birth at Parkend in 1970, through the development of the Norchard site from scratch, all the way to the present day. Our line now runs four and a quarter miles from Lydney Junction to Parkend and all Gala train rides will be for our normal Rover ticket price.”

Five Decades in the Forest comprises 164 pages of images, including many that have never been published, and is printed on high-quality art paper. All proceeds from the book will contribute to the continuing maintenance and development of the Dean Forest Railway and it can be ordered through the DFR society’s website at dfrsociety.org.uk/shop