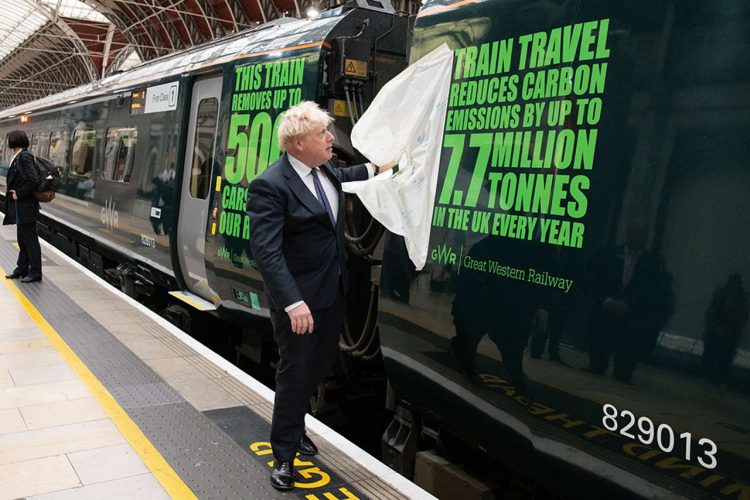 The ‘We Mean Green’campaign has been created by the rail industry and intends to motivate people and businesses to choose the greener train travel option when making journeys.

Earlier in October, the Rail Delivery Group released a report which revealed that as little as a 20% shift from rail to road would provide an extra one million tonnes of CO2 emissions and 300 million hours stuck in traffic jams each year.

The ‘We Mean Green’ livery is emblazoned with key points highlighting how:

GWR Managing director Mark Hopwood, said: “We were really pleased to welcome the Prime Minister to Paddington station this morning to highlight the environmental benefits of travelling by train.

“With the world climate conference only a matter of weeks away, GWR is working hard to reduce carbon emissions even further make travelling on our trains even more environmentally.” Alstom and Hynamics have signed a partnership agreement to optimise the time taken to refuel hydrogen-powered passenger trains.