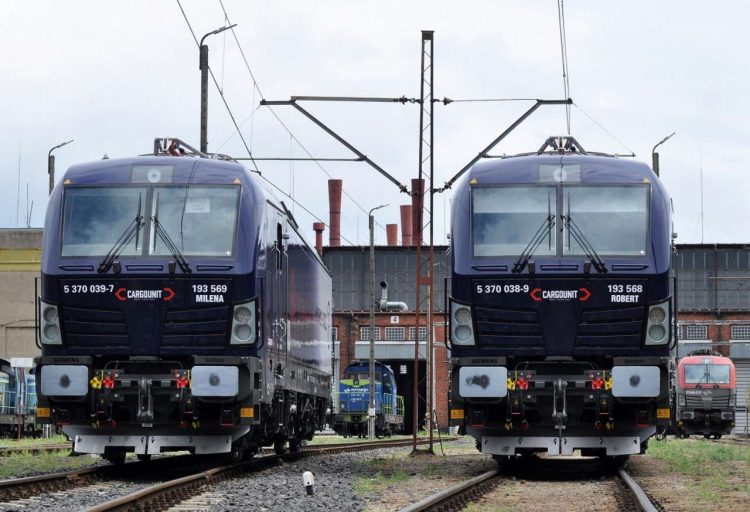 Cargounit placed the order for 10 of the Vectron MS locomotives along with an option for 20 extra units over the next few years.

The order has a framework that will see the delivery of the initial 10 locomotives before the end of 2023 with the first two units expected this year. The next 20 Vectrons ordered are expected to be delivered by 2024. The contract will also see Siemens Mobility undertake the maintenance of the vehicles.

The locomotives will be working in Poland, Germany, Austria, the Czech Republic, Slovakia, Hungary, Slovenia, Croatia, and Serbia, the Netherlands and occasionally in Romania and Bulgaria.

Cargounit have previously ordered six of the popular locomotives from Siemens Mobility during 2018 and 2019 and with this new order the leasing companies Vectron fleet could see an increase to 36 locomotives by 2024.

The multi-system locomotives have a maximum output of 6.4 megawatts and a top speed of 200 km/h, and are fitted with both the required national train control system and the European Train Control System (ETCS).

Siemens Mobility has already sold more than 1,114 Vectron locomotives which includes 736 Vectron MS units, to a huge 56 customers in 16 different countries. The existing Vectron fleet has already racked up over 490 million kilometres in service and as they are based on the Vectron platform the locomotives are approved to operate in 20 European countries.

Albrecht Neumann, CEO Rolling Stock at Siemens Mobility, said: “We are especially pleased to have received our largest Vectron MS order from Poland to date. With this order, Cargounit is investing in one of the most modern and at the same time most environmentally friendly universal locomotive available on the European market today,” “Thanks to their modular design, the locomotives offer operators maximum flexibility for sustainable, cross-border transport.” New, state-of-the-art signalling was recently commissioned on Great Northern's line to Moorgate in the City of London.