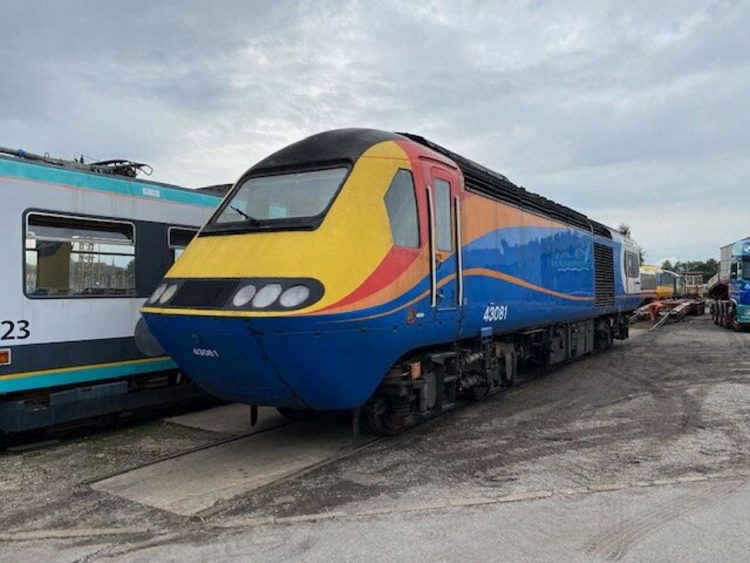 Crewe Heritage Centre has been donated HST Power Car No. 43081, the second Class 43 to be preserved at the museum.

Porterbrook, the locomotive’s owner  whilst in service with East Midlands Railway / East Midlands Trains, has donated the power car to the heritage centre.

The power car arrived at Crewe Heritage Centre on Monday 13th September, with plans to restore the locomotive underway – it also coincided with the 45th anniversary of the first High-Speed Train being put into passenger service. Interactives re-open for visitors to the Crich Tramway Village