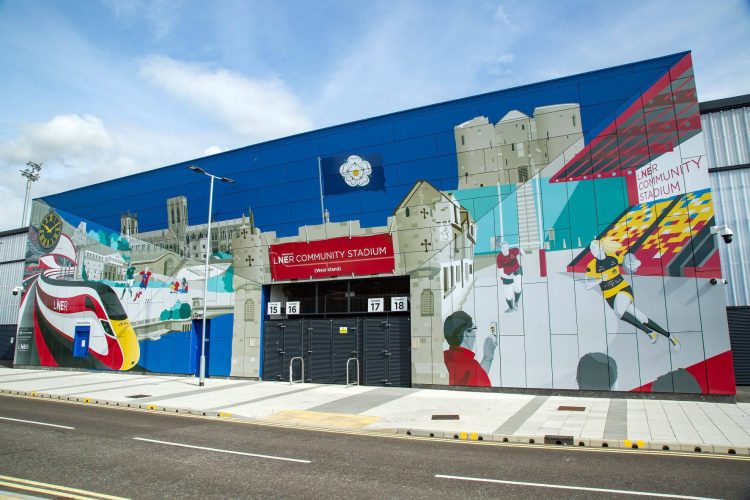 The mural was designed by the University of York and adorns the West Stand.

The feature took 100 hours to make – what do you think? Let us know in the comments below.

David Horne, LNER’s Managing Director, said: “The stadium is a part of the local community, so we felt it was important that the new mural reflected many of the things that make York such a wonderful place to live and work. It’s a great piece of artwork and already we’ve received some incredible feedback from fans and the wider community.”

Councillor Aspden, Leader of City of York Council, said: “The mural looks fantastic and perfectly captures the spirit of the stadium and wider complex as an incredible community facility for the local community and the whole of York.

“It is a real shame the fans couldn’t enjoy it at this weekend’s game, but I am sure it will be appreciated by all fans and residents who visit the sports and community facilities for years to come.”