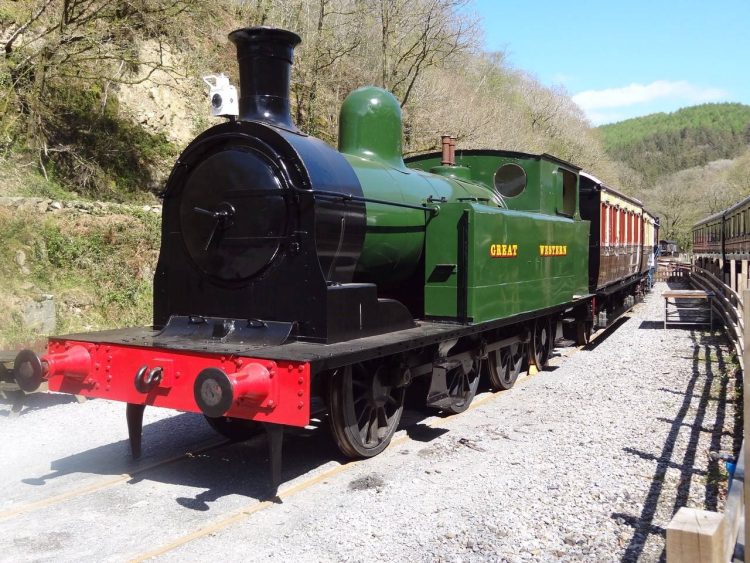 The Gwili Vintage Carriage Group has announced that it has reached its first fundraising milestone to allow Taff Vale No. 28 to be overhauled and returned to steam.

Taff Vale No. 28 is the last surviving Welsh-built standard gauge steam locomotive and is based at the Gwili Railway in Carmarthenshire.

Despite the coronavirus pandemic, £32,000 has been raised towards the locomotive’s overhaul.

Donations have come from the general public and a £18,250 grant from the Association for Industrial Archaeology.

The condition of the boiler will then allow the remaining cost and timescale to be determined, but the overall cost is expected to be around £160,000.

The boiler inspection and first phase of work is expected to be completed by Spring 2022.

The locomotive will, once its overhaul is completed, haul trains at the Gwili Railway and it is hoped that it will eventually haul a rake of Taff Vale Railway vintage carriages that are being restored separately.

David Murray, the Gwili Railway’s Project Manager for the overhaul, said: “I would like to thank everyone who has generously contributed to the project so far. Reaching this first target is an important milestone and will enable us to inspect the boiler and give us a much better idea of how much work will be needed to complete the overhaul.” The Gwili Steam Railway and its Preservation Society have launched a Locomotive Fund to help restore the fleet...