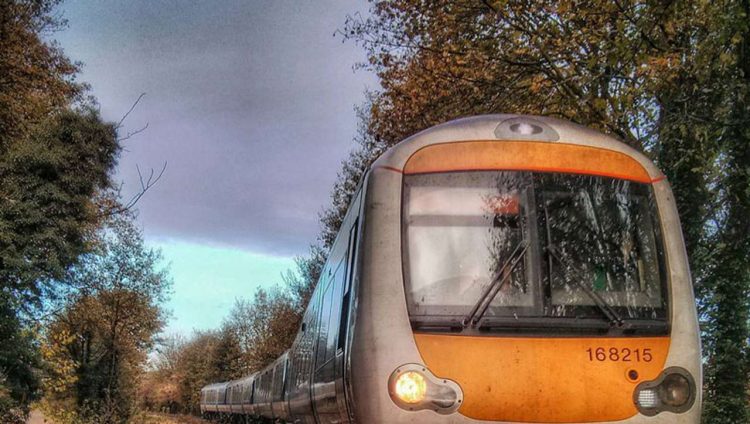 The crunch underfoot of fallen leaves and the glorious golden glow of trees are some of the wonderful things about autumn however for railways it is an altogether different story, so what exactly is going on with leaves on the line?

The problem is as wet leaves fall onto the rails, they become compressed into a slippery mush which can make trains slide on accelerating or braking, and can impact the safe working of track circuits. This is how Chiltern Railways keep these risks to a minimum by taking the following precautions:

The treatment trains are used to clean the rails using high force water jets at 1500bar. The trains also lay traction gel, which aids grip. The treatment trains run circuits through the day during the leaf-fall timetable by a multi-purpose vehicle or MPV (pictured left)  in the West Midlands area and Rail Head Treatment Trains or RHTT (picture right) south of Banbury.

The leaf fall season is a time when Network Rail release MOMs from their regular duties so that they can undertake pro-active railhead treatment and also respond to drivers’ reports of poor grip. The MOM’s use handheld scrubbing machines or spray the rails with acidic Citrusol, which cuts through the leaf build up.

TGAs are installed at poor adhesion sites where they squirt a gritty mixture on the rail when a train passes in a bid to cut through the leaf build up and also as a way of helping the wheels grip.

TCAIDS are installed to key track circuits where they boost voltage to make sure that they continue to activate correctly despite the leaf mulch.

Measures on the London Underground:

Rail Adhesion Trains (RAT) put down Sandite which helps create grip on the Met line. Chiltern train schedules on the Met line also have to change to accommodate a 40mph speed restriction between Mantles Wood and Rickmansworth, which is in place to lessen the risk of slipping and also ensure that the track circuits activate as they should.

Before 07:30am Met trains have an extra three coaches which helps provide more grip. As part of the London Underground timetable and ensure safe operation a lower speed limit is put into place heading towards London Amersham and Watford South Junction, part of the reason for this is that there is a downward incline, the change also relates to differences in the signalling system due to the potential of slippery rails in that direction.