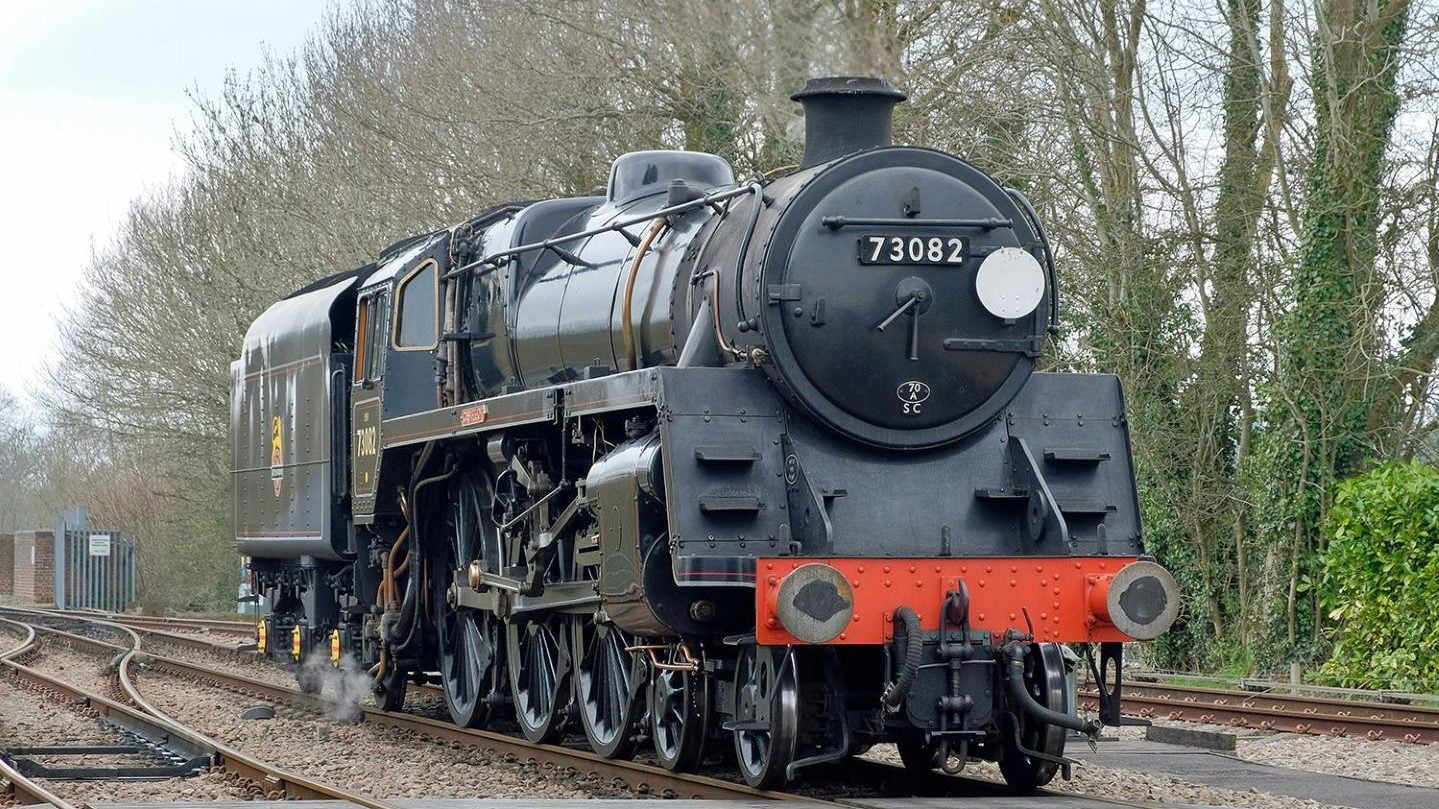 The 73082 Camelot Locomotive Society has launched a new appeal for donations to help keep Camelot in steam for years to come.

Back in 1974, the society was founded to rescue 73082 from Barry Scrapyard. Camelot arrived at the Bluebell Railway in 1979 and, after a 16 year long restoration, returned to steam in 1995 and ran until 2005 when it was withdrawn for the 10-year overhaul.

Camelot next returned to service in 2015 and has been a fan favourite with crews, passengers and enthusiasts alike.

An intermediate overhaul was started in 2021 in order to deal with a persistent boiler foundation ring issue. In addition to this, work on boiler was completed to allow it to receive a new ten-year boiler certificate.

The society says it has always been proactive with fundraising, primarily through its sales stand, however, overhaul costs keep on rising and the society has supported the Bluebell Railway to keep Camelot in running condition.

The pandemic has meant that the Society has not been able to raise any money for over a year.

For the intermediate overhaul, the Camelot society has contributed £35,000 towards the cost of materials. This has come at a time when the Bluebell Railway is itself under financial pressures and means that the financial reserves have been depleted, which needs replacing so that future overhauls can be paid for.

The 73082 Society has also funded the restoration of its Covered Carriage Truck, which was completed at Horsted Keynes by the Bluebell Railway’s Carriage and Wagon Department. The work was completed in 2020 and by funding the work, the money was kept ‘in-house’ with the Bluebell, rather than an external contractor.

As the group are committed to keeping Camelot running well into the future, the society are making an appeal to help build up reserves once again.

If you would like to donate, whatever the size, then please visit the 73082 Camelot Locomotive Society website.