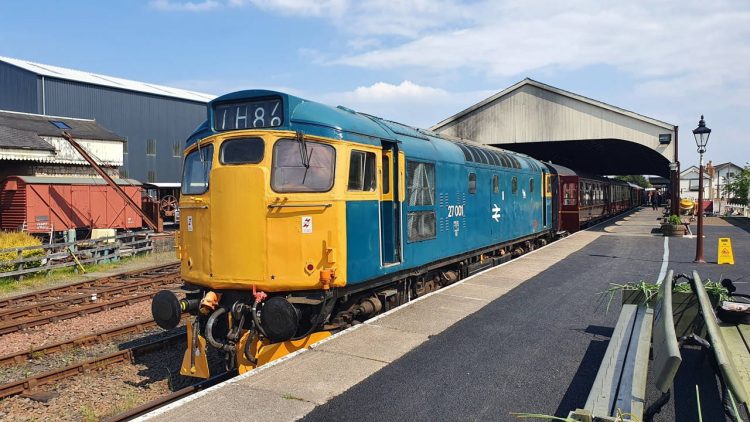 The Keighley and Worth Valley Railway have announced that they will be welcoming BR Class 27, No. 27001, to the railway for their upcoming Diesel and Mixed Traffic Gala.

Visiting courtesy of the Class 27 Locomotive Group and the Scottish Railway Preservation Society (SRPS), 27001 will join already announced Class 26 No. 26007 for their first gala since the Spring Steam Gala in 2020.

This is believed to be the first time that 26007 and 27001 have run in preservation together, meaning the prototypes for the 26 and 27 classes will reunite.

It is also hoped that Taff Vale 85 will join in the fun if repairs are completed in time.

The Mixed Traffic Gala will run from Friday 10th until Sunday 12th September, with an intensive timetable in operation.

Steam locomotive set to pass through Settle this Tuesday

Update from the Stanier Mogul Fund on steam locomotive 13268