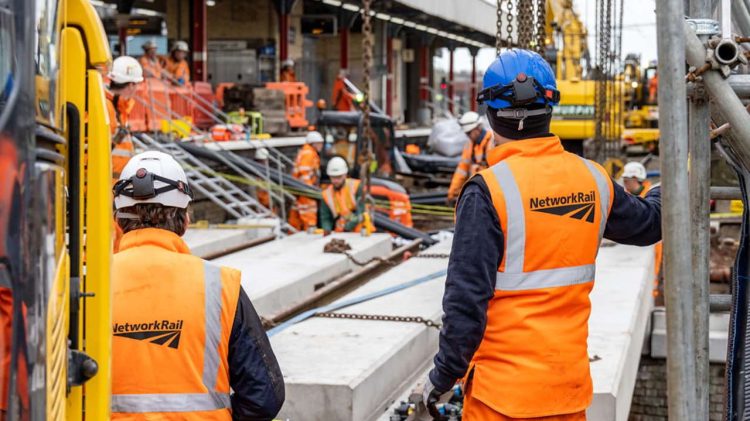 Network Rail have announced that work will be taking place through the bank holiday weekend, and will include signalling being upgraded at Trafford Park in Manchester. This will mean Northern trains between Manchester and Liverpool via Warrington Central and Widnes be replaced by buses.

420 Metres of track upgrades will also be underway in Adlington on Sunday the 22nd of August, with another 450 metres being upgraded in Macclesfield on Sunday the 29th of August.

The work means that Northern trains running between Stockport and Stoke-on-Trent will be replaced by buses, and Avanti West Coast and Cross Country trains will have diversions in place.

Two railway bridges by Warrington Central station are also being upgraded over the bank holiday weekend, and will mean Northern trains running between Manchester and Liverpool via Warrington Central and Widnes will see rail replacement buses in place, with East Midlands Railway services using diversions.

Passengers using any of the affected routes will have longer journey times, with less seating available and are advised to ‘Look before you book’ with information being available on www.nationalrail.co.uk

Network Rail has planned the work taking place during the bank holiday weekend very carefully, and has managed minimal disruption for passengers on the lines, stations and destinations which are part of the huge national £90m programme. It is essential to keep the UK network open for business as usual. High demand for leisure travel is expected through the summer this year.

Phil James, Network Rail’s North West route director, said: “The essential improvements taking place over the August bank holiday will improve future journeys for passengers so they can use the railway to get to work and increasingly for leisure to visit friends and family or take a holiday.

“While much of the network will be open as usual, some journeys in the North West will be different with train diversions, slightly longer journey times or bus replacements between certain locations. I’d urge people planning on travelling over the August bank holiday to ‘look before you book’ using National Rail Enquiries so you know exactly what to expect from your journey.”