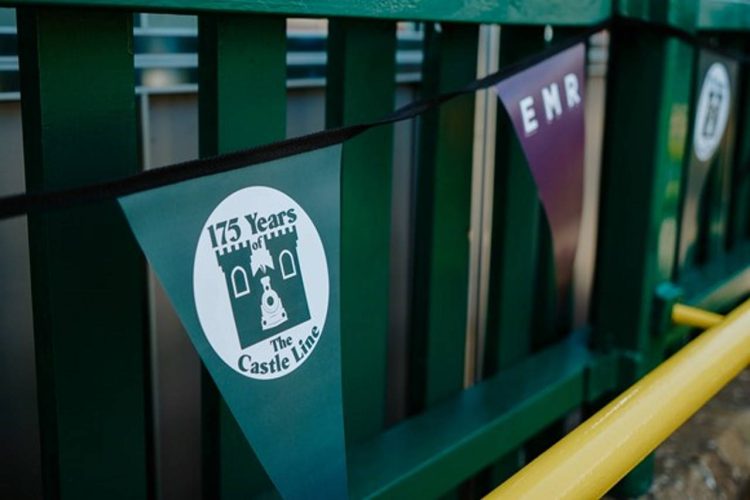 A number of events have been run by East Midlands Railway to celebrate the 175th Anniversary of The Castle Line.

Running between Nottingham and Lincoln, the Castle line links towns and villages and runs beside the River Trent.  The line was a 33-mile extension of the Derby to Nottingham route, with George Stephenson surveying the area and choosing to take the path of the river as it meant less engineering problems. The route first opened on the 4th of August 1846.

To celebrate the anniversary of this long-lived line, a week of celebration was organised up and down the line. Entertainment was provided on board trains with and also at stations with 1940’s singer Jayne Darling serenading passengers whilst a troupe of re-enactors performed dances in period costume.

Lowdham signal box enjoyed an official re-opening following its beautiful restoration by David Moore. The signal box is a wonderful piece of history and now works as a hands-on educational tool that provided a nostalgic experience for people to enjoy during the celebratory week.

Station adopters were also out in force working hard to get the stations looking beautiful in time for the festivities. Burton Joyce was also treated to a brand new train planter, which was named by children from a local primary school.

Kaye Robinson, Community Rail Ambassador for East Midlands Railway, said: “We were delighted to mark this anniversary and highlight the history of the Castle Line, as well as promote all the hidden gems that the route connects.

“I would like to thank everyone who helped us organise all the events, especially our station adopters who gave up many hours to make the week possible. I would also like to say a special thanks to Friends of Burton Joyce & Lowdham, as they were very much the catalyst for the celebrations and also thank you to David Moore who lovingly restored the signal box.”