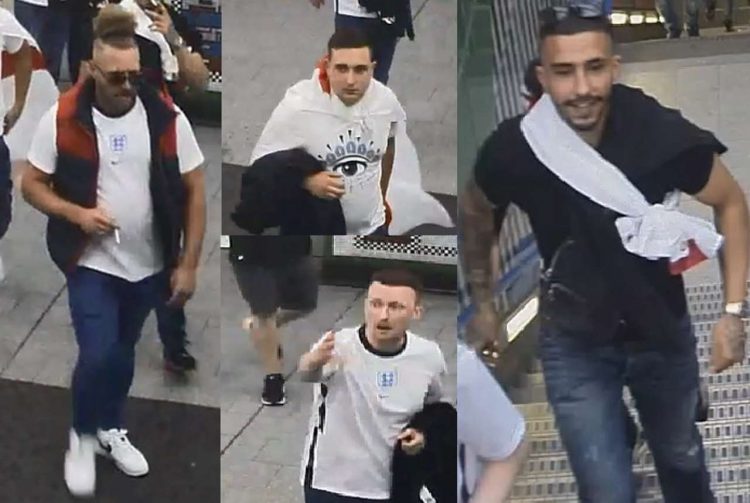 On Sunday 11th July, around 7 pm, a man was travelling from Wembley Park to Tottenham on the London Underground. When he was leaving the station, a group of 4 men attacked him and made him fall down the escalators.

CCTV has been released to see if anyone knows any of the group of men.

One of the men in the group told the man that he was following them, and asked the man to come closer.

When the man got closer he was attacked and punched so it made him fall back down the escalator, then the group ran off and fled the station.

The victim got back up and followed them out of the station where two other men in the group punched him and then hit his phone out of his hands and the last man in the group then racially abused the man.

The victim suffered a broken arm and injuries to his back.

If anyone has any information about these men on the CCTV, contact the officers as they believe these could help with what happened.