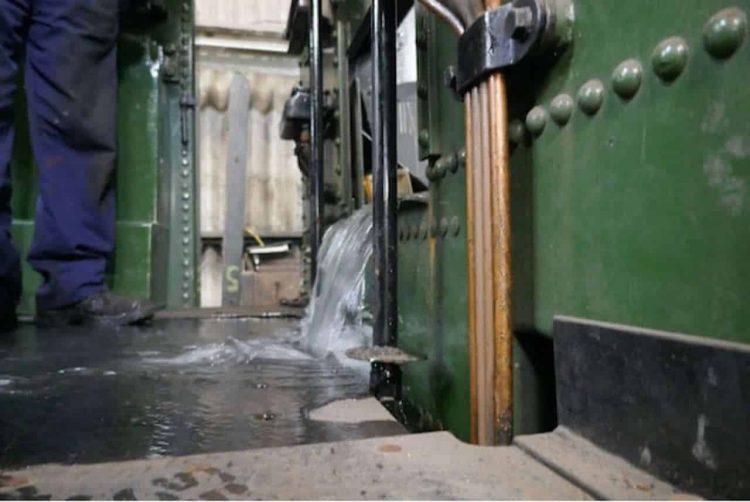 At Rolvenden on the Kent and East Sussex Railway (K&ESR), 4253 has been moved from road one to two. Although moved for another reason, the team got the first chance to watch the inside motion work. No issues were noted. Pressure relief valves are now being machined by the team.

At Heritage Boiler Steam Services (HBSS), who are restoring the boiler, work is progressing on the side wrapper. The join between the backhead and side wrapper is being fitted with patch screws and rivets.

The last week has seen the team rebuilding the driver’s side water tank. A lot of grinding and welding was achieved.

Disassembly work has continued on 6619, with pipes in the cab needing to be cut into bits as some pipes had been welded together.

Once the pipes are removed, the tanks can then be disconnected from the frame.

The bunker appears to be free and now awaits lifting off the frame. The clacks and safety valves along with cladding sheets and insolation around the backhead are also being removed. Heritage Boiler Steam Services (HBSS) have released their latest update on the restoration and overhaul work they are...