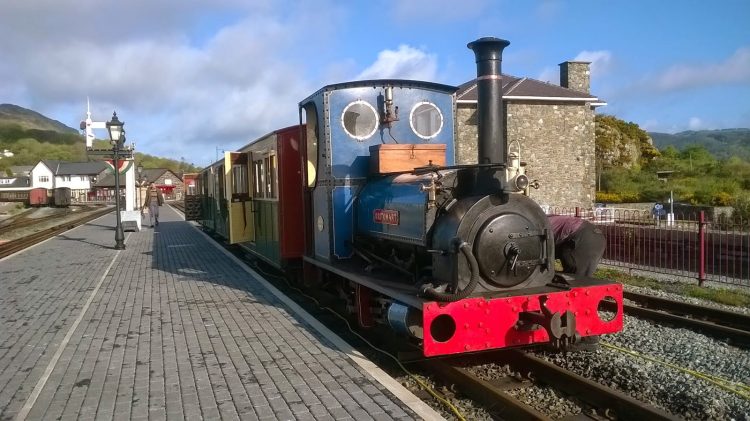 Britomart getting ready for departure on the Ffestiniog Railway

The Statfold Barn Railway, based near Tamworth, has confirmed two of their visiting engines for their “150 Years of the Quarry Hunslet” weekend, with Quarry Hunslet’s “Lilla” and “Britomart”, arriving from the Ffestiniog Railway.

One of Statfold’s many enthusiast weekends, 150 Years of the Quarry Hunslet as the name suggests, celebrates the construction of the first-ever Quarry Hunslet built in 1870, with this engine going to the Dinorwic Slate Quarry of North Wales (this event was unfortunately postponed due to COVID-19).

Nevertheless, the event will still be just as special, especially with 15 narrow gauge engines in the line-up!

Taking place next weekend on Saturday 10th and Sunday 11th of 2021, this fantastic event is only £13 per adult if booked online!

Anyone interested or wishing to book tickets is advised to do so sooner rather than later, as availability is already limited.

Tickets and more information for the 150 Years of the Quarry Hunslet event can be found here.

Both Lilla and Britomart visit Statfold thanks to the Ffestiniog Railway where both locomotives are based, with a brief history of each engine found below

Built in 1891, Lilla first operated on Cilgwyn Quarry initially, before transferring to the Penrhyn Quarry in 1928.

The Ffestiniog Railway became Lilla’s base in 1993, where the ‘Lilla Locomotive Group’ was formed by a group to look after the engine.

Built in 1899, Britomart was originally based at the Pen-yr-Orsedd Quarry from new. Back in 1965, a group of staff and volunteers on the Ffestiniog Railway bought Britomart, where restoration was completed at Boston Lodge.