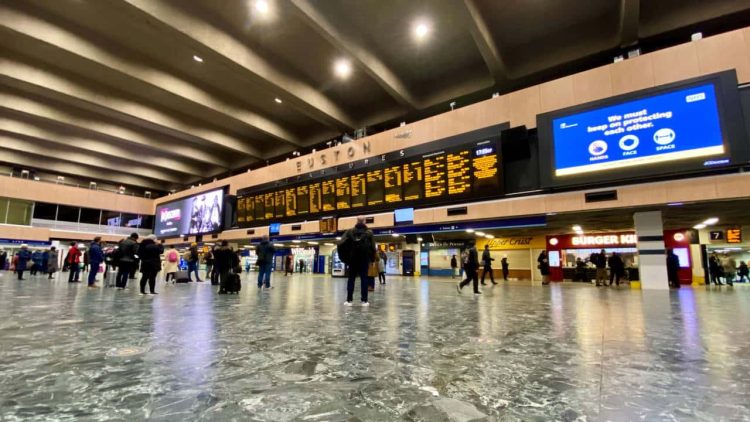 Both the British Transport Police and Avanti West Coast have released statements after a serious incident at London Euston this morning.

Officers were called to Euston this morning after reports of an assault on a train.

The BTP says that ‘specialist’ officers were deployed and a person has been arrested on suspicion of GBH.

Avanti West Coast has said that a “member of staff” has been injured in the incident and has been taken to a local hospital, with the British Transport Police adding that their injuries are ‘laceration wounds’ which are not thought to be life-threatening.

A spokesperson for Avanti West Coast told RailAdvent “We can confirm a member of staff was injured following an incident at Euston Station this morning and we are supporting the British Transport Police with their investigation.”

“They are recovering in hospital and their family has been informed. We are providing support and assistance to our colleague and their family at this worrying time as well as our people who have been affected by what has happened.

“Our thoughts are with our colleague and everyone else involved. We would also like to thank those from across the industry who have sent messages of support and good wishes. It’s a true reflection of the Railway Family.”

“Specialist officers were deployed, and a person has been arrested on suspicion of grievous bodily harm and conveyed to police custody.

“Two people have been taken to a local hospital for treatment to laceration wounds. Their injuries are not believed to be life-changing or life threatening.”