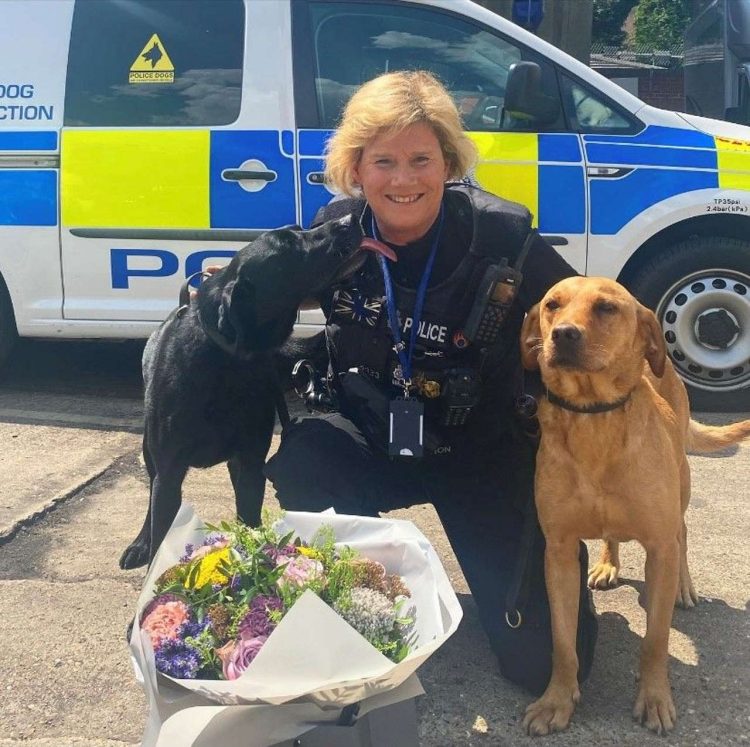 Based in London, PC Nikki Gibbins joined the Metropolitan Police cadets in 1977 and when she turned 18 qualified as a serving police officer.

She has had a varied career, working in public order, firearms, as a law trainer, and now as a dog handler.

Along with her Police Dog Oscar she has responded to major incidents and terror attacks.

In 2017 Oscar received the PDSA’s Order of Merit for their contribution at the Westminster terror attack.

In May Nikki has taken on a second dog, Polly, who works alongside officers on County Lines operations.

PC Nikki Gibbins said: “It’s been an honour to protect and serve the public for so many years and to work alongside my brilliant colleagues – like minded people who come to work to make a positive difference to others.

“I have been lucky to experience so much in my career and there has never been a better time to be a woman in policing. I’m busier than ever now working two operational dogs, PD’s Oscar and Polly, and I certainly have no intention of slowing down anytime soon!”

Warning issued of major travel disruption on West Coast main line between Scotland and England and also on...