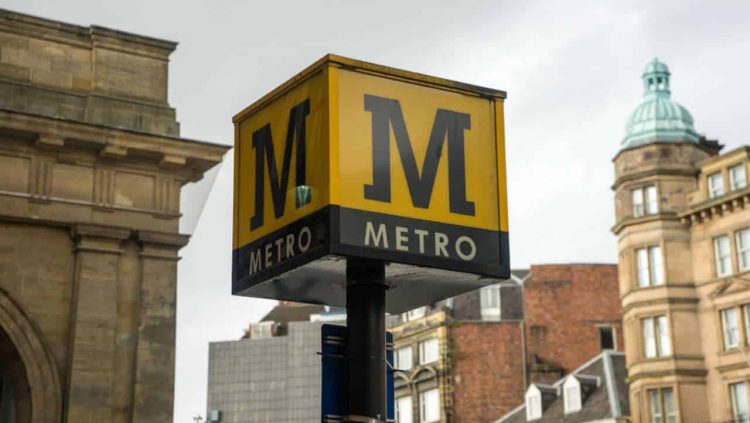 Nexus, who operate the Tyne and Wear Metro, has released a recently created film showcasing public art on the network after 40 years of operating passenger trains.

Running for 18 minutes, viewers will be able to see an in-depth review of the most iconic exhibits that have been hosted across the Tyne and Wear Metro.

First shown to the public when released at the Jesmond Community Festival, held on a Zoom call on Thursday 27th of May 2021, the first film in the Nexus Art on Transport Programme series, you can watch the film on YouTube below.

Set in Newcastle, the focal point for the film is the ten art installations which can be seen from the Metro line running between Central Station and Regent Centre.

The art shown in this film is just the tip of the iceberg, with the next films to show artwork from other parts of the network, such as Gateshead, South Tyneside, Sunderland and North Tyneside.

Customer Services Director at Nexus Huw Lewis said: “Art can bring a smile to a familiar journey or excite and surprise you. On Metro we are lucky to have a legacy of great art works spreading back over 40 years some of which are showcased in this new film.

“It gives people the chance to take a short tour of the art you can see in and around some of our stations – and will hopefully inspire people to go and explore, or see their Metro trip in a new light.

“Our art on transport programme has many nationally-recognised exhibits, and it has also given local artists the chance to showcase their work.

“This first film focuses on a Metro journey from Regent Centre, taking in everything from Bob Olley’s Famous Faces at Monument, the iconic Parsons Polygon on Blackett Street to more contemporary pieces like that of the American street artist Shepard Fairey.

“It’s fitting that we celebrate these artworks in Metro’s 40th year and we are looking forward to featuring more of the art in other parts of the network over the next few months.”