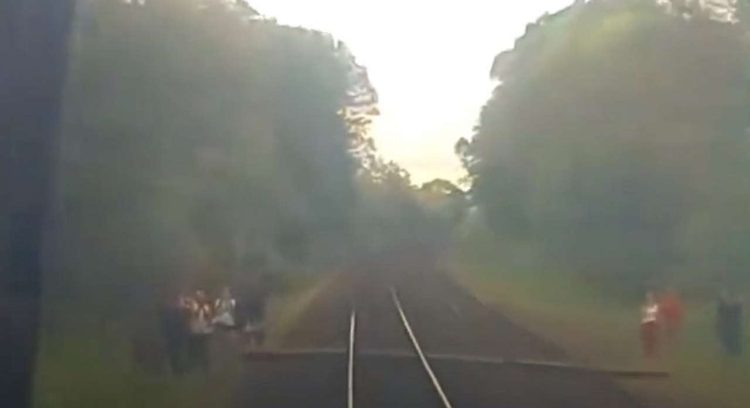 Steam locomotive fans are in for a treat this summer with a selection of iconic locomotives running rail tours across the country.

However, Network Rail has been forced to issue stark warnings about the dangers of the railway and a reminder of the safety rules due to members of the public throwing caution to the wind when it comes to locomotives like Flying Scotsman and taking careless chances to grasp a fleeting glimpse.

Network Rail has reported that during a Flying Scotsman tour to Hampshire and Berkshire earlier this month that both dangerous and illegal activity were recorded.

Trains are fitted with onboard camera’s which caught several people trespassing on the mainline.

Trespassing can cause catastrophic injuries and also causes major delays for the whole rail network affecting thousands of people who are just trying to get on with their everyday life.

Trespassing is a criminal offence that comes with a fine of up to £1,000, obstructing a train has a sentence of up to 2 years imprisonment.

A locomotive such as Flying Scotsman can weigh around 97 tonnes, not including the carriages, which there are usually many. Scotsman can expect to hit speeds of up to 75mph on a mainline run and the braking distance for a locomotive at such speeds can be anything from half a mile to a mile. No view of any steam locomotive is worth risking your life or the life of others.

Mark Killick, Network Rail Wessex route director, said: “It’s great that so many people have an interest in the railway and that they want to see historic trains such as the Flying Scotsman, but it’s vital for them to stay safe. Those acting irresponsibly not only put their own lives in jeopardy but the safety of trains, their drivers and passengers too.

“The railway is extremely dangerous if people misuse it. It’s full of both obvious and hidden dangers, which carry risks of catastrophic injuries or even death.

“It is never acceptable to go onto the track for any reason. Come and enjoy the spectacle of these iconic trains, but please do so from a safe place.”

Inspector Andy Jackson, embedded BTP officer said: “Seeing the Flying Scotsman and other steam trains can be an exciting event for many people and we want everyone to be able to have a great day out.

“Our priority is the safety of everyone viewing and travelling on the train, and our officers will be along the route and at stations to ensure everyone can enjoy the event without putting themselves or others in danger.

“Please remember to use safe vantage points to view and take pictures of the train, stay clear of the line, and do not risk serious injury or death by trespassing on the tracks. It is important to remember that the railway is an extremely hazardous environment and those caught trespassing or obstructing trains can expect to be prosecuted.” Steam locomotive 45596 Bahamas will be back in steam on the mainline and will be passing through Plymouth...