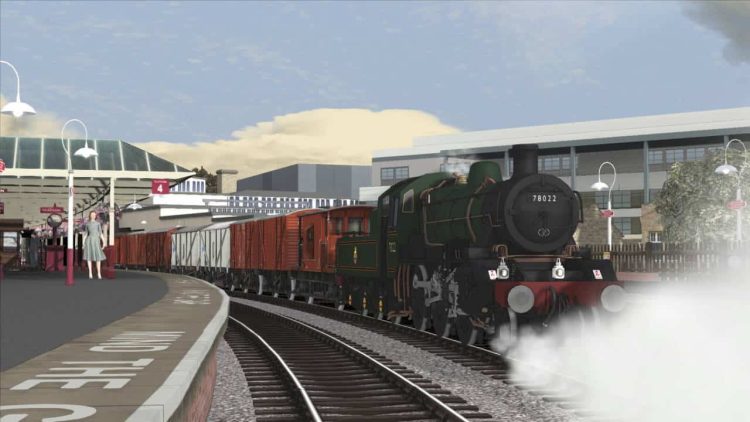 Steam Sounds Supreme have very kindly sent over the upcoming Keighley and Worth Valley Railway Addon pack for us to preview what you will get once the pack is released.

Working with Blast Pipe Productions and other developers, the new pack sees some new locos added to the route as well as rolling stock.

Pullmans Ann and Mary join extra Mk1 suburban coaches and 26 new wagons in the pack to really bring the KWVR route to life.

The new version of City of Wells brings the loco in its 1980s version, with different tender as it was when it ran on the mainline.

New headboards are ready to be used including the Royal Wessex, Bournemouth Belle and Pines Express. The base KWVR route has to be installed as it uses Steam Sounds Supreme sounds and steam particles.

It is a great addition for the KWVR route but also feel it would be great to relive railtour scenarios on the Settle and Carlisle line.

Featuring in the original KWVR route, 78022 is updated in the addon pack to feature in as-preserved BR Green livery.

You will need the 2MT from Steam (required for the base KWVR route) to run this loco, but we love this reskin from Blast Pipe Productions, and is possibly our favourite piece in this add on pack.

Looking resplendent in the KWVR blue with WORTH VALLEY on the tanks, this is an interesting loco to drive. Again up to a high-quality standard, this is an excellent addition to the route and looks great on the new wagons that come in the pack.

Another new loco for the pack is 3F 43586 which again has been made by Blast Pipe Productions. 43586 is the loco that pulled the last BR train on the branch and this reskin represents the loco in the condition it was when it pulled said train, featuring the headboards, mainline warning stickers, and the unofficial lining on the splashers which was applied specifically for the occasion

There are 26 wagons available, so too many to list here in this short preview article, but the additions mean you can run a protypical freight train as seen at a KWVR gala, all of the wagons are high quality and are a nice addition (our upcoming review of the pack will head into more detail).

Our favourite in the rolling stock additions are the Pullman coaches, meaning you can run a dining train on the KWVR and run well alongside the other coaches available for the KWVR route.

Pricing and release date have yet to be confirmed, but the pack is a great addition and really helps to bring the route up to date with some amazing additions.

Fancy getting a discount ahead of the launch of the new pack? Subscribe to RailAdvent Plus and receive an exclusive 15% discount code. More information here.