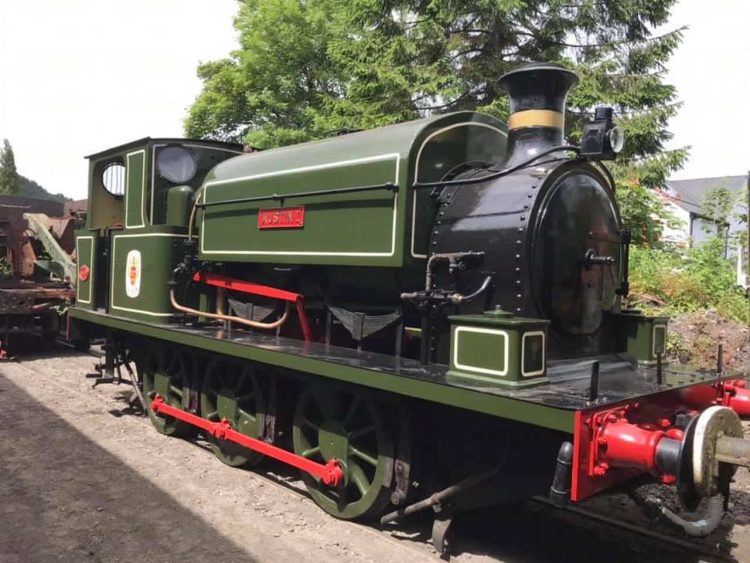 The locomotive was stripped down for a boiler inspection in 2020. Since then, during the last lockdown, a team of volunteers have been working to get it ready to go on hire away at another railway in 2021.

Work has been completed on cab fittings, injectors and motion to bring it back to working condition.

The boiler cladding was found to be beyond repair so new cladding was manufactured, which is why a repaint was needed.

Austin 1’s new livery is the first time it has worn this in preservation and shows the loco of how it looked in its working career at Austin Motors.

The nameplates have been moved onto the tank after a repaint to feature a red background.

The Austin crest on the cab side was heavily researched and was drawn and painted by hand.

Iain Ross from the Llangollen Railway told RailAdvent “We looked at images of it during its working career at Austin Motors and decided to do our best to recreate how it should be for the first time in Preservation. This is the first steam loco I’ve fully repainted, having only done diesel locos before, and the first time I’ve attempted lining a loco.”

Built by Kitson, Austin 1 spent most of its working life in Austin Motor Co in Longbridge before being donated to the Flint and Deeside Preservation Society, which became the Llangollen Railway.

Austin 1 is the first locomotive the railway owned and is still owned by the Llangollen Railway Trust.

The Llangollen Railway Trust is currently running a Full Steam Ahead Appeal to help them relaunch train services. If you would like to donate, please click here.

The Keighley and Worth Valley Railway has confirmed two visiting steam locomotives for its Spring Steam Gala.