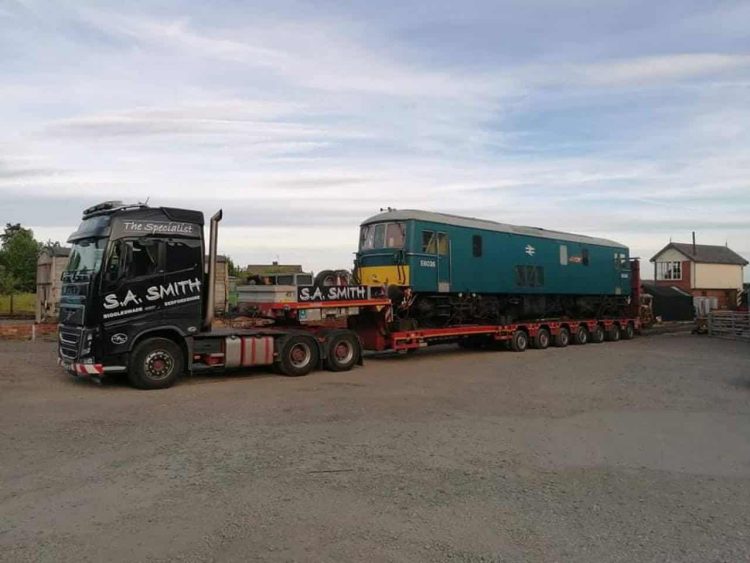 Exciting news for Cambrian Heritage Railways as Class 73 73129, formerly E6036, has arrived at its new home.

The locomotive’s new owner has relocated it to the CHR, and the railway is looking forward to 73129 complementing their motive power department, especially as they extend to Weston Wharf.

The museum includes railway artefacts including photography, signs, signal box fittings and lamps and are all part of the historic Cambrian Railways. The railway runs trains on a short stretch of line in Oswestry and also uses the former goods sheds as an engine and rolling stock restoration point.

73129 was built by English Electric at the Vulcan Foundry in Newton-le-Willows in 1966 and was originally outshopped numbered as E6036 but was renumbered 73129 some years later.

Throughout most of her life, 73129 was used on passenger service by British Rail in the southern region on InterCity, Network SouthEast and Gatwick Express services. Between 1982 and 2003, 73129 was named City of Winchester before being withdrawn by EWS in 2003.

The locomotive was sent to Booths Scrapyard in Rotherham, South Yorkshire for scrap but was then purchased for preservation and moved to the Gloucestershire & Warwickshire Railway, where she was restored to operate passenger and permanent way trains.

Here are some facts about the Class 73 Locomotive: A new TV series called ‘The Wonders of the Border’ will feature Cambrian Heritage Railways as one of...