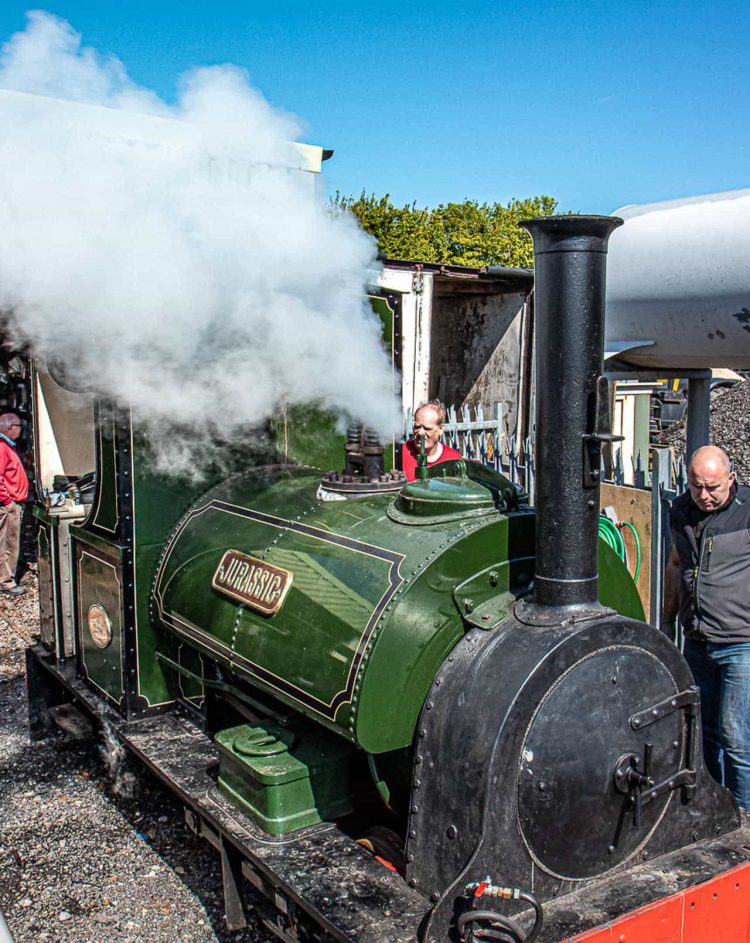 1903-built locomotive Jurassic has passed its steam test to allow her to return to service when the railway reopens on the 24th July 2021 for the summer season at the Lincolnshire Coast Light Railway.

Jurassic was built by Peckett and Sons in Bristol to be used in the quarries of Kaye and Co. Ltd in Warwickshire but was acquired by the Lincolnshire Coast Light Railway in 1961.

The LCLR did not operate in 2020, the 60th anniversary of its opening as the first heritage railway in the world to be built by enthusiasts on a greenfield site, due to the coronavirus pandemic, and meant that Jurassic and other rolling stock had not been in public service since the end of the 2019 season.

Hydraulic and steam tests for Jurassic were completed for the insurer’s boiler inspector, and these were passed, so the locomotive first ran to the new station that is under construction at the Wall Lane terminus before travelling to the southern end of the line at South Loop.

Footplate crew training and re-familiarisation of Jurassic then took place with similar refreshers planned for the rest of the operating staff. We are delighted to announce that the Lincolnshire Coast Light Railway has agreed to give RailAdvent Plus members...