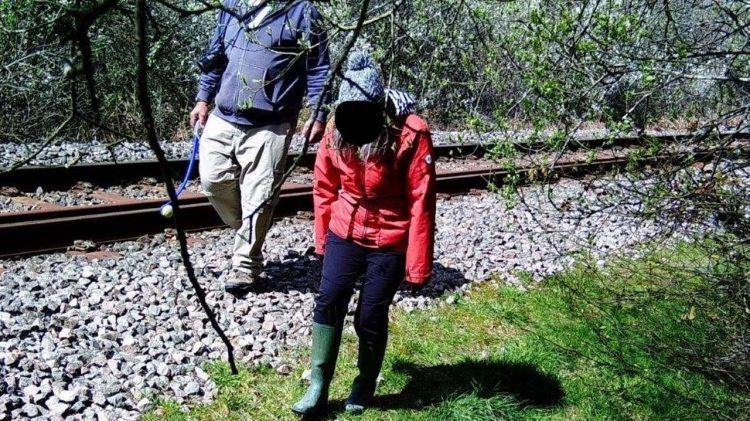 Network Rail and British Transport Police have warned members of the public to say off the railway lines in Cornwall after several incidents on a line in Cornwall.

Multiple people have been caught on camera trespassing on the freight line in Foxhole, Cornwall.

Over the Easter holidays there was an increase in reports, with five incidents occurring between the 1st and 14th April.

British Transport Police and Network Rail have also received reports about items being thrown onto the railway tracks putting the safety of passengers and railway workers at risk.

Trespassing on the railway is illegal and anyone found trespassing could face a fine of up to £1,000 and end up with a criminal record.

Network Rail and British Transport Police created a safety campaign about trespassing and the devastating consequences and you can see more about this at youvstrain.co.uk

Embedded Inspector Darren Burridge from British Transport Police said: “We see hundreds of people taking risks on and around the railway every year, resulting in tragic consequences or life-changing injuries. Both outcomes are avoidable. People should never anticipate when the next train is due – particularly as freight services can run at any time of day or night and travel at high speed. Our network of uniformed and plain-clothed police officers, and over 150,000 CCTV cameras, monitor the railway 24/7 – we will actively pursue and take positive action against those who fail to comply with the simple instruction not to trespass.”

Alison Kramer, Network Rail Community Safety Manager, said: “Incidents of trespass on the railway causes issues for everyone using the network, where an individual can be injured with life changing injuries and in the worst-case scenario loss of life. It is disappointing to see people blatantly disregarding their own and others safety. We encourage members of the public to report any trespass incidents their witness.”

South Western Railway now has Assisted Boarding Points to call for customer assistance at all its stations across...