by A RailAdvent Author
in Network
Reading Time: 3 mins read
1 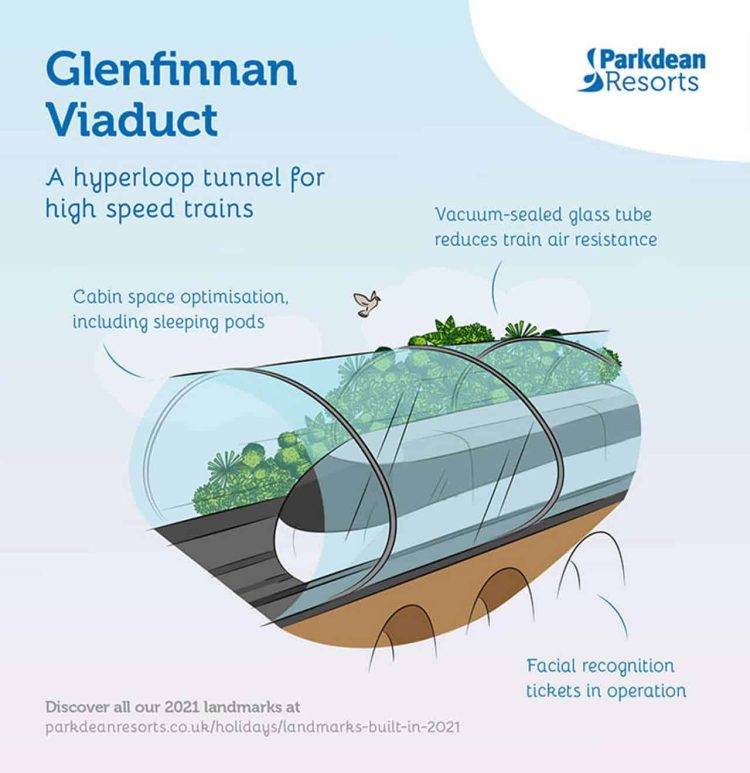 Parkdean Resorts have reimagined famous landmarks in the UK for fun to see what they could look like if they had been built today.

The main one for railfans would be the redesigned Glenfinnan Viaduct which, in Parkdean Resorts’ eyes, would be a Hyperloop Viaduct.

This would be vacuum-sealed to reduce air resistance as well as to increase speed. However, the tunnel would still have see-through glass so passengers could see the amazing scenery.

Solar panels would power the train to provide an eco-friendly alternative to the trains used today and a facial recognition ticketing system would be in place for passengers.

Lastly, the reimagination of Glenfinnan Viaduct, made famous for featuring in the Harry Potter films, would see the Hyperloop trains feature sleeping pods for passengers.

Other landmarks being redesigned in the fun concepts are Big Ben, which would have a bamboo frame and solar panels to power the four digital clocks, the London Eye would have remote working pods with desk space and breakout space as well as tea and coffee facilities and to top it off, it would be water-powered by the Thames.

Steam in Scotland: Jacobite steam train to run 7 days a week in 2021!

You can see the full details of the landmarks reimagined on the Parkdean Resorts website. 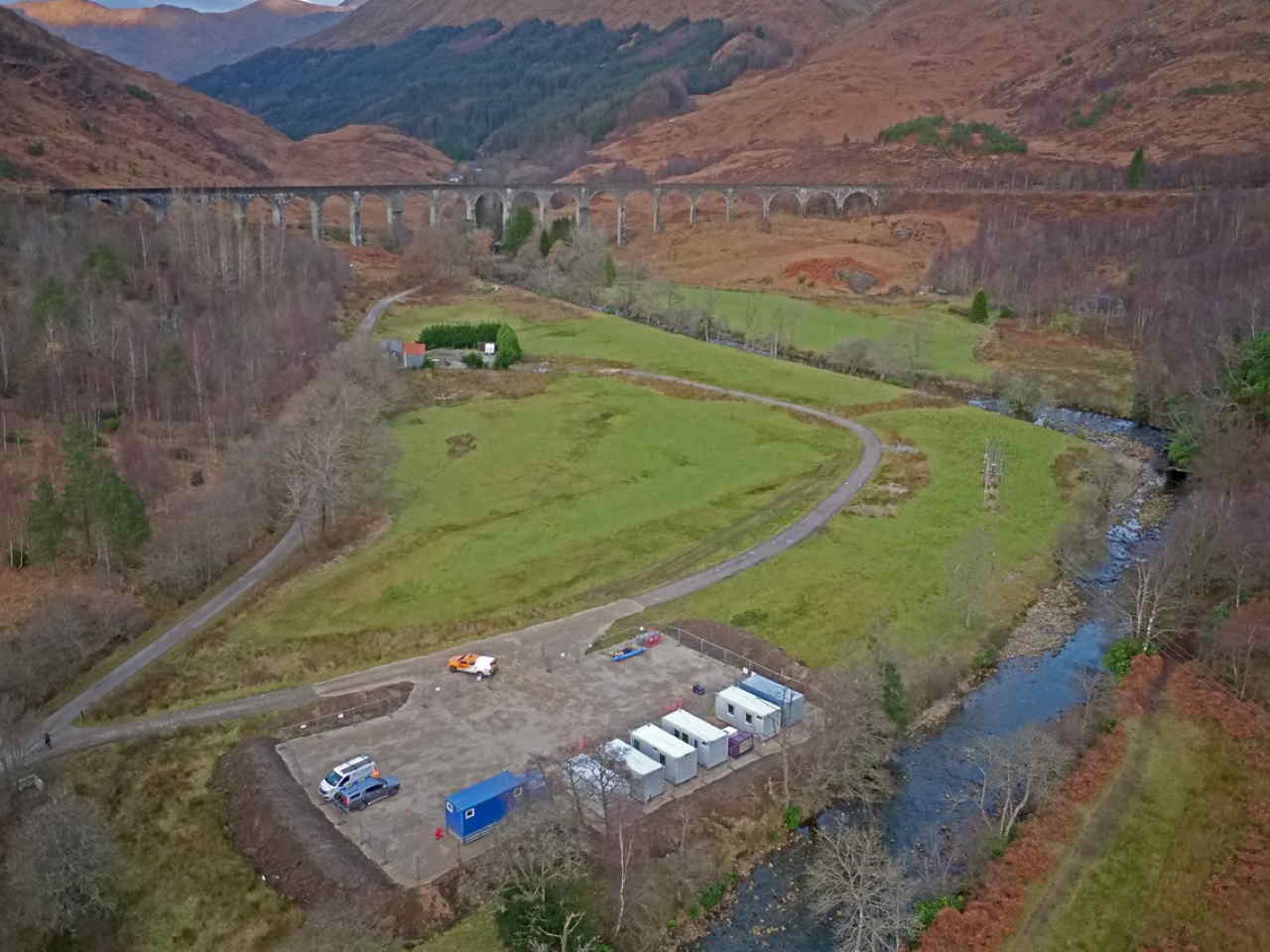 Network Rail has announced that work has begun to protect the railway from landslips and rockfalls around the...