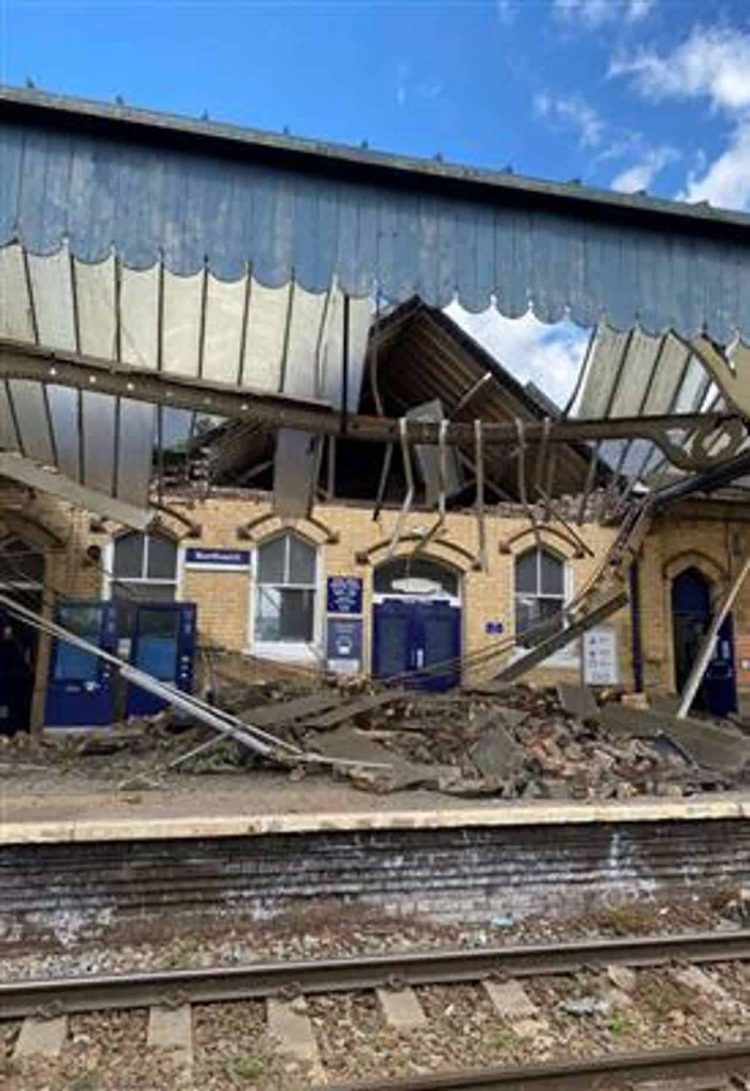 Rail Operator, Northern, has released a statement after part of the station at Northwich collapsed yesterday.

No one was injured in the incident, but trains are unable to call at the station, which has caused significant disruption for passengers.

Network Rail and the Office for Rail and Road are carrying out an investigation to find out exactly what happened, but priority currently is to make the station safe and operational as quick as possible.

A spokesperson from Cheshire Fire and Rescue said “Firefighters were called to Northwich Train Station following reports of a wall and roof having collapsed, blocking the rail line.”

“Everyone present at the time was accounted for. The crew assessed the scene with representatives from Network Rail and notified council engineers. Firefighters handed the incident over to Network Rail and the council, and left the scene at 12pm.”

Chris Jackson, Regional Director at Northern, said: “We plan to operate rail services on the Mid Cheshire Line on Wednesday (19 May) using a goods line to bypass Northwich station. A shuttle bus will be in place in and around Northwich to keep our customers in the area connected to the rail network. Anyone planning to travel on the Mid Cheshire Line should check with National Rail Enquiries for up-to-date information as the incident may still have an impact on the rail network.”

Chris added: “I’d like to thank our customers in Cheshire for their ongoing patience and understanding and I’d also like to thank those who responded to the incident for their help and assistance during what has been an extremely difficult day for all involved.”

Flying Scotsman to haul two tours out of London Victoria

Partnering with the Campaign to End Loneliness, TransPennine Express are hoping to inspire people to connect and bring...