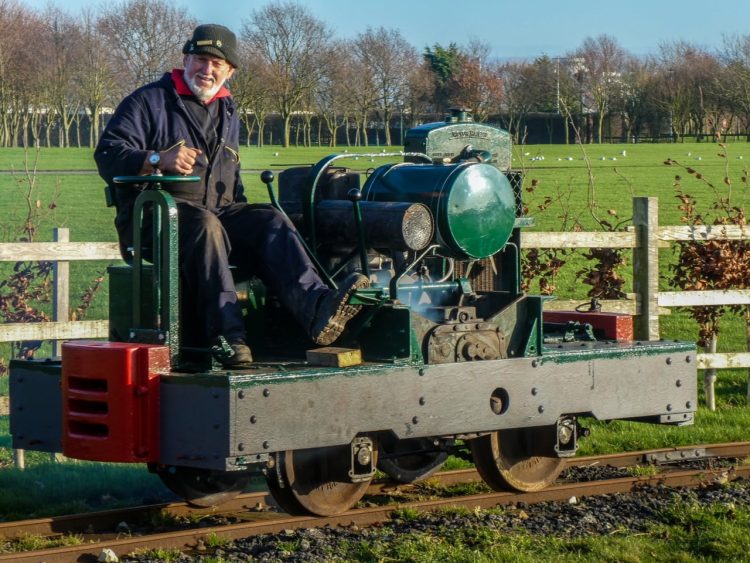 The restoration of a diesel locomotive at the Lincolnshire Coast Light Railway has become a runner-up in two categories in the 2021 Heritage Railway Association Awards.

The restoration took nearly 30 years and is the third year in which the Lincolnshire Coast Light Railway has been shortlisted for an HRA Award.

Due to the coronavirus pandemic, the 2021 ceremony had to be held virtually.

After a 25 year restoration by the LCLR Historic Vehicles Trust, the locomotive is now in operation at the LCLR in the Skegness Water Leisure Park.

Railway spokesman John Chappell said: “This is an extraordinary achievement for such a small group of volunteers, working with basic equipment and meeting many of the costs of the restoration themselves.  Their skill and dedication has brought back to life a small locomotive which has played a very large part in making the Lincolnshire Coast one of the most popular destinations in the country for families on holiday  – helping to protect the towns and villages and literally providing the motive power to build much of them in its everyday work”.

Richard Shepherd said: “It is wonderful to be recognised by these awards and to hear and see the ‘Skeggy Simplex’ running again after all the years of work. It’s not been an easy task, but persistence in solving problems and sourcing or making spare parts has paid off. I don’t think it occurred to us that one day, our efforts would be judged alongside some of the biggest names in heritage railways, whose achievements over the years we respect and admire.

”We congratulate the winners and  hope these awards will encourage more people to join us in being part of our wonderful railway in Skegness.”

Plans approved for £37.4m Rockfall Shelter between Dawlish and Holcombe Class 20 No. 20227 Sherlock Holmes has arrived at the North Norfolk Railway in time to operate services...