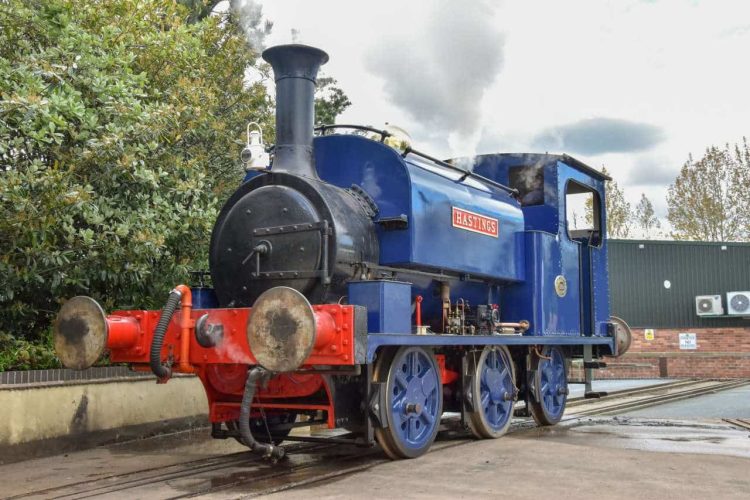 The Statfold Barn Railway has announced that Hunslet 469 ‘Hastings’ built in 1888, will be making a visit to the railway as part of the Trangkil50 Enthusiast Weekend.

Owned by Mike Hart, the locomotive will be making its return to steam at the Statfold Barn Railway after the last jobs of its restoration are being completed by Statfold Engineering Ltd.

Hastings was originally built to help build the Manchester Ship Canal and was further involved in a number of other projects, including the construction of Brooklands Motor Racetrack, which is now the home of the Brooklands Museum.

Hastings is one of the oldest Hunslets to survive, and was built 83 years before the Statfold Barn Railway’s Trangkil No. 4, the last commercially built steam locomotive for industry.

Back in March, it was announced that Prince from the Ffestiniog Railway would be visiting for the event.