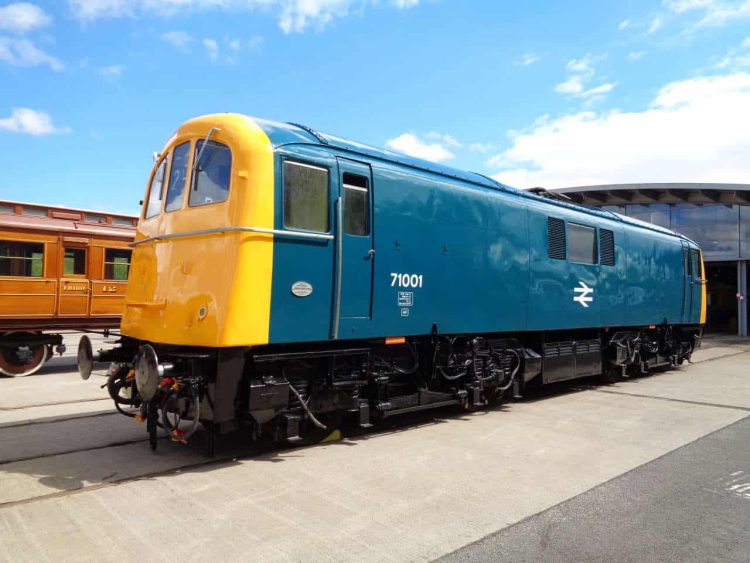 The only surviving BR Class 71 locomotive has been cosmetically restored by staff at Locomotion in Shildon.

E5001 was used on BR’s Southern Region after being built at Doncaster Works in 1958 as part of the Modernisation Plan by British Rail.

The locomotive was then in service for nearly 20 years before it was withdrawn in 1977.

To book a place, please visit the Locomotion website.

Anthony Coulls, Senior Curator of Rail Transport and Technology at the National Railway Museum said: “The Class 71 restoration gives a new look to an old favourite from the collection. In British Railways green livery for over 40 years, it is now exhibited in the condition in which it finished work in the 1970s and takes pride of place at Locomotion where it is coupled to the Wagon Lits carriage alongside the steam loco ‘Winston Churchill’ – an interesting contrast between steam and its electric successor.”