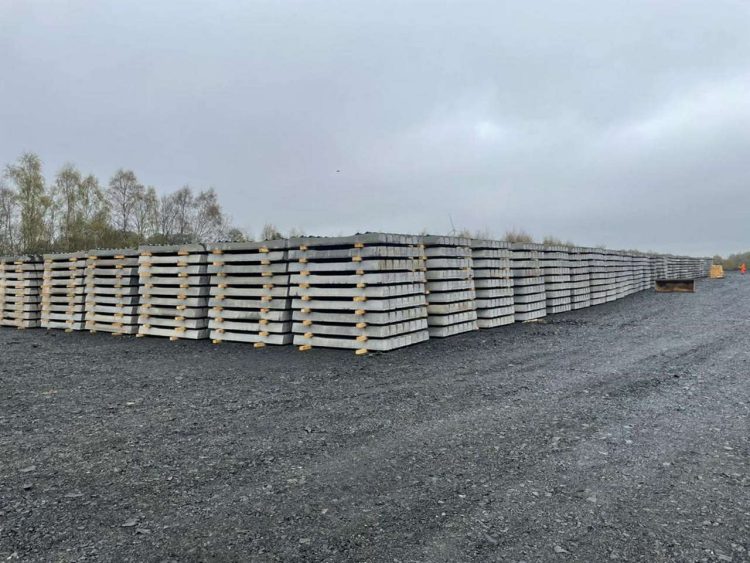 Sixteen thousand railway sleepers have been delivered to a former railway yard in preparation for the Levenmouth rail link project.

The former shunting yard, known as Thornton Yard, is situated to the west of the branch line.

Sleepers have been delivered over a four week period and will be used on the project to reinstate the 19km of track.

The project is already underway with major work due to take place in early 2022.

The railway yard will be used to store components while the old railway lines are lifted.

In addition to relaying the track, the Levenmouth project will see new stations created at Leven and Cameron Bridge, with two trains an hour to Edinburgh, one via Dunfermline and one via Kirkcaldy.

Joe Mulvenna, Network Rail project manager said: “Often space is at a premium around our work sites but the proximity of Thornton Yard has given us the opportunity to start to assemble materials we will need during the build. it is a real positive that this former railway site is playing a role in supporting the work to reconnect Leven back onto the mainline network. Although we are very much still in a planning and development phase, the arrival of the sleepers to site is another tangible sign of the progress we are making on the project.” A fully accessible Changing Places toilet has been installed in the Travel Hall at Edinburgh Waverley station.