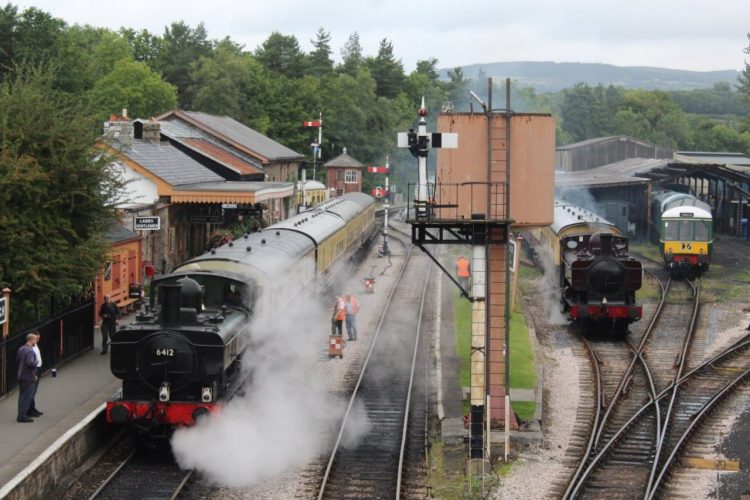 The South Devon Railway has announced that its recent bid for the second round of funding as part of the Culture Recovery Fund from the Government has been successful.

The grant of £165,900 will help the former GWR branch line to recover from the Coronavirus pandemic, having not run a public train since March 2020.

Additionally, the South Devon Railway has been informed that it has been offered an additional boost of up to a maximum of £257,800 to re-inflate its cash reserves to a value of eight weeks based on average annual turnover.

The South Devon Railway has joined a number of railways, including the Churnet Valley Railway and the Swanage Railway, in announcing similar grants.

The successful application means that the South Devon Railway can prepare to reopen from the 17th May 2021 by funding staff costs and other overheads.

Costs will be paid for up until the 30th June 2021, so the South Devon Railway has put together an action plan of objectives following the £2 million loss of revenue in 2020.

Commenting on the grant award, SDR Chairman Jon Morton said: “We are all bowled over to have received this second round of grant support and offer towards our reserves thanks to the Department of Culture Media and Sport, the National Heritage Memorial Fund and Historic England. It’s really fantastic news for us and so greatly appreciated!

“It will certainly provide us with the additional vital financial lifeline needed for the railway’s continued survival, and we are confident that all of the projects to gain support will help get the much-loved steam trains of the South Devon Railway running normally again very soon, hopefully in May.

“From all sources, including these latest grants, we have now raised or received a wonderful total of financial help all told of £1,325,194.03 and we are still raising money to try and get to our next fund raising target of £2.0 million!

“Also, we sold a valuable steam engine asset recently in ‘Dumbleton Hall’ which has added another useful six-figure sum to our war-chest for capital investment in the railway, so we’re well on the way now to hitting that target.

“All of this vitally needed money will be applied to safeguard the railway for the future and hopefully put us back on track for running steam trains in the future in 2021 and beyond, but we are not flush with money as some might now think – far from it!

“So, the really hard work for us starts soon, and we must carry on fund-raising for the future too, and like never before, in order to catch up with raising more cash for vital infrastructure investment which simply cannot be covered by our limited annual operating income alone.

“ We plan to do this in 2021 with the launch of our new share appeal and changed status as a Charitable Community Benefit Society (CCBS).

“Raising funds never ends for us because heritage steam railways are increasingly expensive to run, and our new CCBS status will help us to achieve keeping bold ambition of running GWR era steam trains well into the future.”

“Now we’re staying by their side as they prepare to welcome the public back through their doors – helping our cultural gems plan for reopening and thrive in the better times ahead.” In the run-up to Christmas, “The Polar Express Train Ride” event is being held at the South Devon...