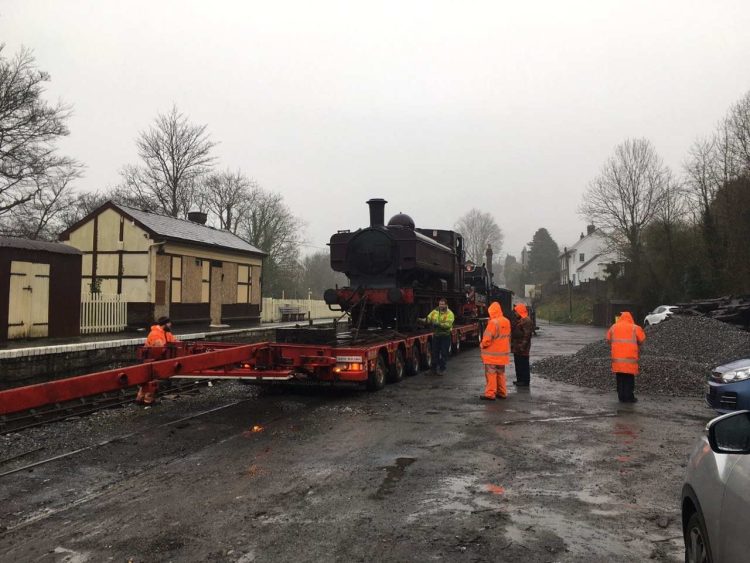 The South Devon Railway has sent RailAdvent an update on some of the comings and goings at their Buckfastleigh base, as well as an update on carriage works.

First up is GWR Prairie No. 5526. The locomotive is having a four-day visit to the Mid Hants Railway in May before it heads to Paignton and Dartmouth Railway to spend the 2021 season.

London Transport liveried GWR Pannier Tank, No. 5786 (L92) has now arrived at the Gwili Steam Railway, where the locomotive will spend the 2021 season.

Completing the trio of departures is GWR Pannier 6412, which will be heading to the Chinnor and Princes Risborough Railway in April for the remainder of the year.

Former Buckfastleigh resident, GWR Pannier Tank No. 6430, currently based at the Llangollen Railway, will be arriving for contracted repairs before heading off to another, undisclosed location.

Moving to the carriages, the South Devon Railway and the Dartmouth Steam Railway have agreed on a coach swap. Mk1 SO W4802 will soon leave for Paignton, whilst Mk1 CK W16071 will make the opposite journey to Buckfastleigh.

The DSRRB was looking to strip the CK, but the compartment coach is ideal for the South Devon Railway, whilst it hasn’t run for a few years, the railway is hopeful to have this in service in 2021.