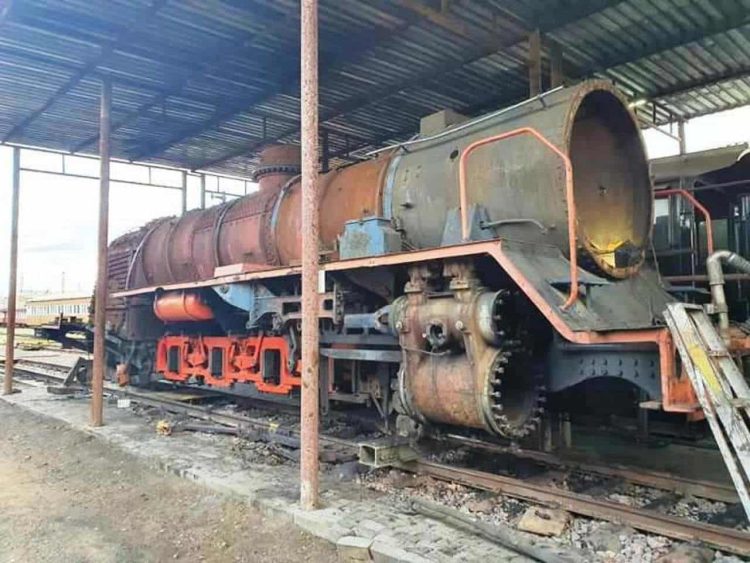 Work on the overhaul of Robert Stephenson & Hawthorns 19D No. 2767 has progressed at the Wonder Steam Depot in Hermanstad.

By the beginning of April,  the locomotive had been stripped down to components, all of which need overhauling before reassembly can begin.

A number of other North British steam locomotives are also at Hermanstad, including a 15F, 15CA, 19D and a GMAM.

Progress on the overhaul has seen a boiler test completed and passed in March 2021, which means that we should see 2767 in steam again in 2021.

Mpumalanga Rail Company are funding the overhaul of the locomotive and will use it on a series of trains from Middelburg to Dullstroom.

The locomotive has been stored for three years in Creighton, so the new agreement with the Mpumalanga Rail Company is seen as a new lease of life for the steam locomotive.

The locomotive was built by Robert Stephenson & Hawthorns, who also had locomotive works in Darlington and Newcastle.

We should be seeing more progress on 2767 soon, what do you think? Let us know in the comments below.

Footbridge over railway in Telford set for replacement

Hull Trains back on track with safer travel tool after hibernation Siemens Mobility have announced they have signed a contract with the National Authority for Tunnels (NAT), which will...