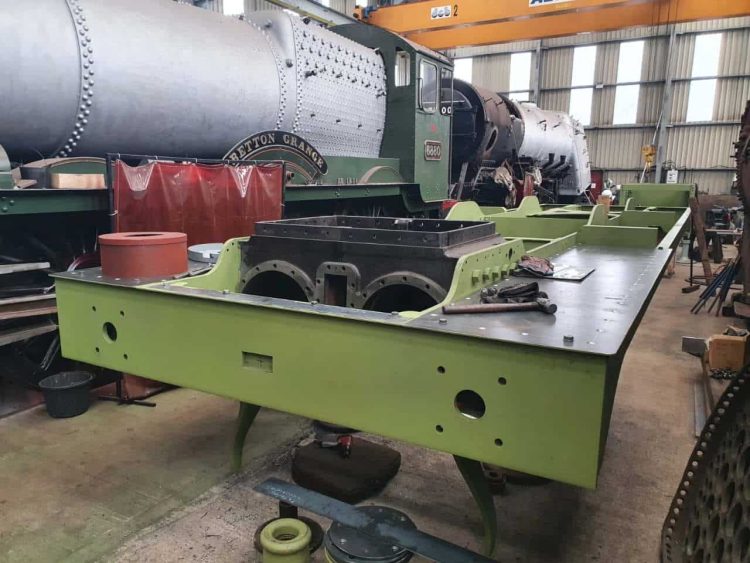 The Holden F5 Locomotive Trust has released a small update on the work progressing on the new build locomotive.

Progress on the build of GER 789 has continued at pace, with the frames now riveted ahead of the smokebox and bunker being trial fitted.

The front buffer beam has now got its rivets ground flush, and has also been primed awaiting the fitting of the locomotive’s buffers.

The rear buffer beam is also at this same stage, and the footplate has been positioned and now awaits riveting to the frames.

Regular updates are being made on 789, and we look forward to more updates being made available.

THIS WEEKEND: We Are Railfans to hold Railfan Fest

Customs Approval Area to be created for rail freight in Barking The Holden F5 Locomotive Trust has released a short engineering update on their project to build GER steam...