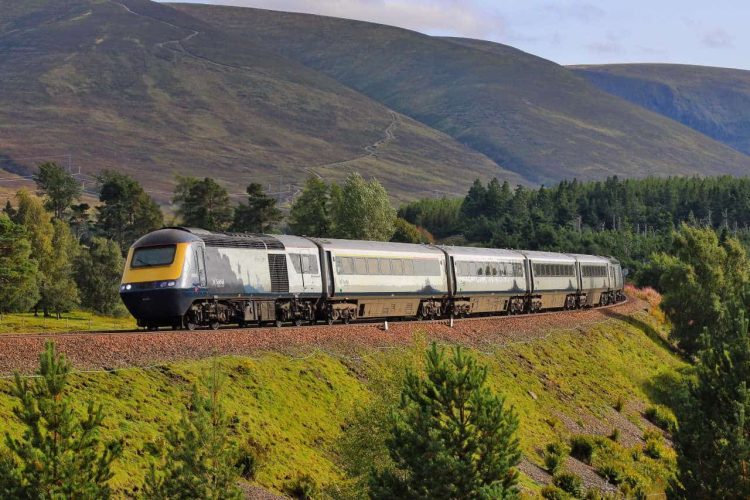 The RAIB has said that they are “deploying investigators” to Scotland after a HST derailed on the Highland Line in Scotland.

According to the Rail Accident Investigation Branch, a short-formed HST was travelling south when the train derailed “in proximity to points”.

A ScotRail spokesperson has said: “Due to an overnight issue at Dalwhinnie, we’re currently unable to run services between Perth and Inverness, in both directions.”

An RAIB spokesperson has released this update: “RAIB is deploying inspectors to gather evidence following the derailment of a test train at Dalwhinnie on the Highland Line in Scotland. The train consisted of a short-form HST that was travelling south when the last two vehicles derailed in proximity to points.”

Trains are currently unable to run on the line between Perth and Inverness, with LNER trains not running between Edinburgh and Inverness.

ScotRail has said that passengers should use Citylink buses if travelling between Perth and Inverness.

Edinburgh to Glasgow Queen Street trains will terminate at Pitlochry and start from Aviemore.

A National Rail spokesperson has said: “No trains between Perth and Inverness today. This is due to a derailed train at Dalwhinnie”

No injuries have been reported, and this was not a train in passenger service.

Customs Approval Area to be created for rail freight in Barking

VIDEO: Cyclists are nearly hit by train in Kent as emergency brakes are applied ScotRail and Hitachi Rail are celebrating 4 years of service with Class 385 electric trains that have delivered...