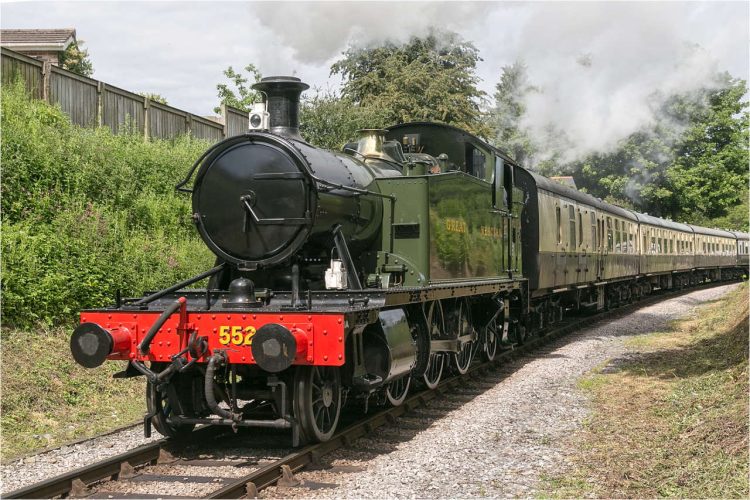 Update: 12pm 1st April 2021 – many of you have correctly guessed this is an April Fools Day Joke.
Our thanks goes to Dick Wood at the South Devon Railway for his assistance in preparing this article.

The South Devon Railway has confirmed to RailAdvent that it is considering electrifying the line as the Coal Crisis situation leaves the line with a ‘very real’ prospect of no more British coal being available from 2022.

This may lead the South Devon Railway to consider electrification of the seven-mile line as an alternative to using steam and diesel locomotives in the future.

The South Devon Railway is currently home to a number of steam and diesel locomotives, and is a popular tourist attraction based at Buckfastleigh.

SDR spokeswoman Flora Poil said: “Whilst we’re currently trying to work our way out of the Covid situation this year and our steam trains will definitely run in 2021, it could be the last year of steam operations because our coal supplies will run out soon and the expensive, overseas import options leave us caught between a rock and a hard place sadly.

“So, we may have to consider the ‘nuclear’ option of electrifying our beautiful railway complete with ugly overhead wires and catenary gantries to keep the trains running, but we’re looking into a post Brexit deal on the overhead equipment sourced from redundant Channel Tunnel stores.

“We would not be allowed to use a third rail current collection system alongside the track similar to London Underground trains under current regulations, although the recently withdrawn 1938 Tube stock from the Isle of Wight might yet be an option for us if we can source a big enough car battery to power them.

“And the new generation of battery powered trains being developed are way beyond our means too, so that option is not possible, although we are looking at some of the commercially available heat-logs from Aldi and Lidl that might fuel steam locos.

“So, we’re now considering installing a hydro-electric generating station under our bridge over the wide part of the River Dart at Nursery Pool near Buckfastleigh, and which could generate enough power to run one of the older main-line 25 Kv overhead electric trains now being withdrawn from service for a fraction of the cost of battery power, and we could probably run our normal coaches with that type of loco.”