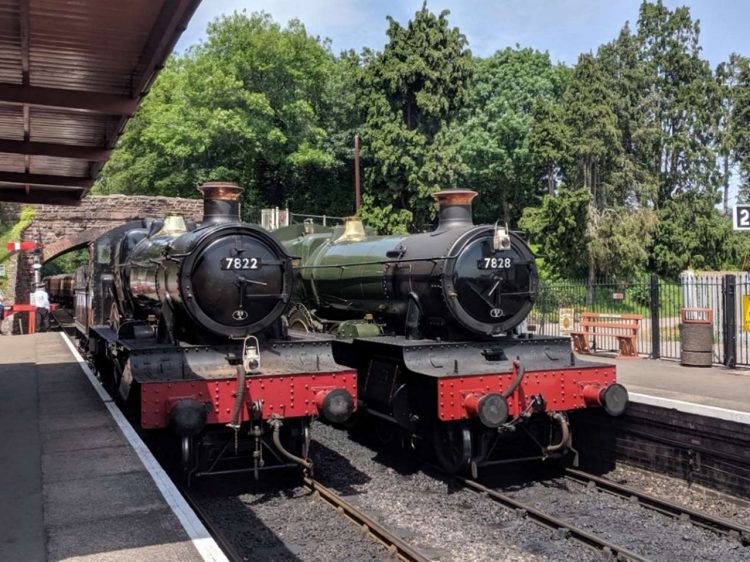 That means for the next five years until the 7822’s boiler ticket expires on the 22nd March 2026, the West Somerset Railway will have two Manors available for service.

Popular with crews and visitors, 7822 Foxcote Manor has seen regular service at the West Somerset Railway since 2017, clocking up 150 service days in 2018 alone.

Currently, the locomotive is at Minehead MPD after moving back from the Llangollen Railway in 2020 and is undergoing extensive winter maintenance.

A number of fittings and jobs have also been completed and should see 7822 in service during 2021.

Steam locomotive 7822 Foxcote Manor to return to the Llangollen Railway

Jonathan Jones Pratt told RailAdvent: “The WSR PLC is very pleased to have reached an extension agreement to operate the Manor, recognising this is taking us back to having two home Manor class engines in running traffic which was a regular site on our line of the past.  We have particularly enjoyed a great working relationship with the owning group and thank them for there interest and support to the WSR.

The Manors are perfect engines for our operation and this will now bolster our GWR fleet for years to come.”

Major Rail Upgrades taking place across the Country this Easter